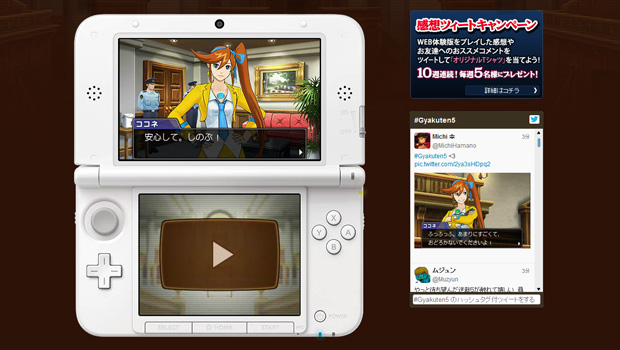 A Flash demo? How quaint!

Capcom has finally slapped a proper localized title onto Ace Attorney 5, hereby known as Phoenix Wright: Ace Attorney – Dual Destinies, and will be bringing it out West this fall. Unfortunately, it will be an eShop-only release, but I hope Capcom at least decides to put the “pull my finger” statue up on the online store.

Our Japanese brethren are now being treated to an Ace Attorney 5 demo, but as is common for demos of portable adventure games, it’s a Flash production exclusive to browsers. Capcom does realize that the 3DS can do demos a billion times better than the DS did, right? Doesn’t make much difference to us as it’s in Japanese, but it ought to give you an idea of how closely Phoenix’s latest sticks to tradition.