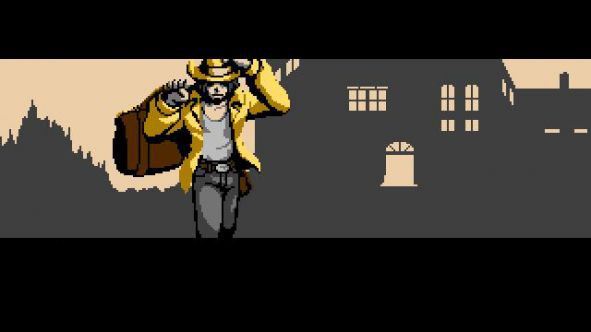 Aban Hawkins and 1,000 Spikes (by 8BitsFanatics) didn’t get a fair shake. The game is better than 99% of the stuff on the Xbox Live Arcade marketplace, but sadly, that’s not where it even ended up.

Instead, it launched on XBLA’s funny looking little brother, the often-overlooked Xbox Live Indie Games service. Combine that with the game’s NES-style graphics, Japanese-style gameplay, and tough-as-nails difficulty, and you have a new IP that had a tough time commanding the attention of the Xbox 360 install base.

Thankfully, Cave Story publisher Nicalis has scooped up poor, underloved Aban and given him a second chance on the 3DS and the Wii U. With added levels, all new multiplayer modes, new characters, and more, Aban Hawkins and the 1,001 Spikes is a revamp that just might make Aban a star.

The first thing you’ll notice about controlling Aban Hawkins and the 1,001 Spikes is that the game has two different jump buttons: one for high-but-short vertical vaults and one for long, shallow horizontal leaps. It’s a simple yet invigorating way to shake up the 2D platformer. I’m still puzzling over why more developers haven’t taken advantage of the idea.

There are so many 2D action games that give you multiple attack buttons to experiment with using in combination, but so few that do the same for jumping. Training your brain to use the right jump for the right problem (be it an environmental hazard or a hostile combatant) — and on higher levels of play, to rapidly switch between jumps to take on a volley of obstacles — feels fresh and scary. That feeling goes along perfectly with the overall theme of Aban Hawkins: exploring a hostile world and pulling off crazy stunts you never thought possible.

At its heart, Aban Hawkins is a maze game. After taking a quick scan of a given room, it’s up to you to mentally map out the best path to grab the stage’s key and then get it to the door. What makes things interesting is that these mazes have a mind of their own. The multiple types of traps, obstacles, and enemies provided by the game’s designers feel endless. They are one part troll post, one part magic.

No matter how straightforward and simple a stage may seem on the surface, chances are that you’re going to have to make some very drastic and sudden changes to your initial plan if you’re going to survive. It’s clear that the games developers took great delight in suffering heaping loads of mischief onto their players. It’s the experience of sharing in, and eventually overcoming, that mischief that makes games like Aban Hawkins (as well as its cousins La-Mulana and Spelunky) so special.

I had the opportunity to play the game in the 3DS, and like with VVVVVV and the soon-to-be-released Cave Story eShop, the 3D effect does a lot to make the game feel real. The advantage of using simple graphics like those in Aban Hawkins in a precision-based 2D plaformer is that it’s easy to measure out distances in pixels. It’s also nice to have easily identifiable, iconic characters that just about anyone can relate with. The disadvantage to using that low level of detail is that characters are bound to look flat. The 3D effect cancels out that disadvantage, giving off the visual pop normally reserved for higher-budget titles, but without the need for more expensive graphics.

Sadly, I didn’t get the chance to try out the game’s competitive multiplayer mode, but it’s easy to imagine how the traversing a hostile environment in the midst of a four-man knife fight could make for an accessible (yet deep) arena-based, four-player fighter. Games like Nidhogg and Samurai Gunn have proven that “fighting” games with simple controls and a small number of attacks don’t necessarily limit the amount of variables that can make their way into a match. Throwing in a variety of enemies, traps, and other surprises is sure to keep things interesting.

Add in the promise of multiple characters (including the possible inclusion of characters from Tempura of the Dead, as well as stars of other small developer titles like Commander Video from the Bit.Trip series), and there is plenty of reason to believe that Aban Hawkins and the 1,001 Spikes could be a new local multiplayer favorite.

Like the trailer says, Aban Hawkins looks to bring back a sense of “dreadful” Indiana Jones-inspired adventure that was relatively commonplace in the days of Pitfall Harry, Rick Dangerous, and Spelunker.

The whole game feels like the moment in Raiders of the Lost Ark where Indy grabs the idol and makes a run for it, except that in this case, the idol happens to be a key, and the next key and next death defying escape is always just within reach. That concept leads to a very rich feeling of excitement, despite how flat the game may appear on the surface. Throw on some new modes, story elements, characters, original and redrawn artwork, and additional challenges, and you have a game that’s an essential purchase for all fans of fun and trouble.