Welcome once again to our continuing anthropological guide to the ways of the modern gamer.

You may recall that last week, a full dissection of the common or garden British gaming chav took over the whole chapter. Things return to normal this week, as I once again bring you a total of two very different and contrasting sub-species in an effort to promote greater understanding of their ways, and perhaps better prepare you for an encounter in the wild.

So come my friends, and join me after the jump for more sociological study and good-natured mockery of our brethren. 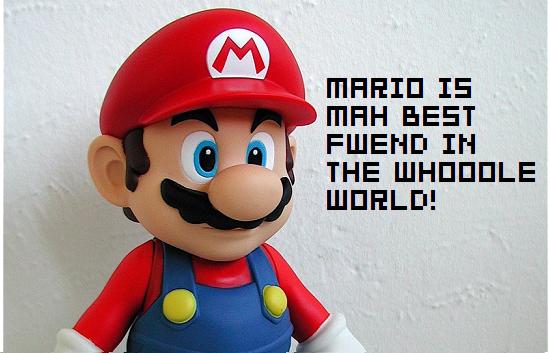 Not to be confused with the much maligned furry, the fluffy gamer has a similar pre-occupation with all of those “keeyoot ickle fwuffy animelz”, but takes a more distanced and eclectic stance in their appreciations. Usually – but not always – female, the fluffy sees the entire world with an admirable child-like glee, focussing only on the positive in the things and people she comes into contact with, and shying away from acknowledgement of the negative in anything.

Whether they’ve had any direct gaming contact with a fluffy or not, most long-time internet users will instantly recognize her as the self-appointed peace-maker and speader of joy in any forum roster. A tornado of “hugz” and “luffs” precede her every post, and there’s not a single flame war she doesn’t feel fully equipped to satiate with her arsenal of kitten and bunny photos, along with timely reminders that “Evrywon here’s so kyoot and luffly. No need for this silly fighting. I luffs you all!”.

Both endearing as a honey-dipped puppy and screamingly naive in equal measure, the fluffy likes the security of the happy and fantastical world she’s built around herself, and so naturally, she was always going to find a home in video gaming. 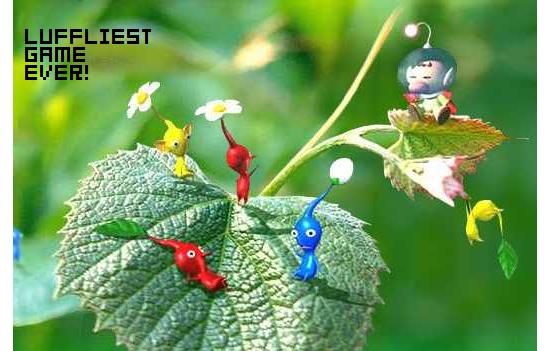 While she may well have a full appreciation of a well-made game, the chances are that she got into the scene more as a branching path in her quest for the cute than through an initial interest in the medium. Perhaps a Disney license was her gateway game, or maybe she discovered the pastime through her inherent natural anime obsession. Whatever the reason, once she discovered the multitude of eccentric and off-kilter cartoon worlds which gaming harbors, she found herself provided with a more than ideal virtual dwelling place, and set up camp, never to return home.

However, while the flora and fauna of gaming should theoretically be an on-screen nirvana for the fluffy, there are dark, devastating dangers lurking around ever corner. Of course, the plethora of cuddly, big-eyed wonders available frequently provides more high pitched giggles than that time The Chipmunks tried acid, but gaming nevertheless remains a double-edged sword.

Yoshi’s Island is the perfect illustrative example. On the surface, said game provides nothing but sheer, unbridled cartoon platforming joy, accelerated to a tear-inducing level in the fluffy gamer by some brilliantly realized storybook graphics. However once she gets into the actual gameplay, the true horror in the game becomes apparent. You see, while the combination of the various Yoshis and a baby Mario is like cotton-wrapped crack, the various enemies of the game are incredibly cute too. And try as she might to avoid it, eventually she’s going to have to kill one of them. 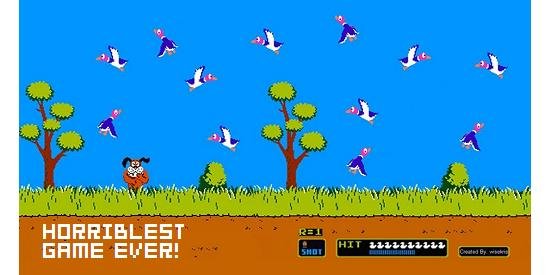 It’s a moral nightmare that even the world’s most humanitarian politician will never feel the pain of. Picture the scene. She’s skipped happily through the crayon-shaded heaven of the island for a few minutes. Mario’s happily gurgling, Yoshi’s flicking that cute over-sized tongue around, and all is right with the world. But suddenly a Shy Guy appears. And she can’t avoid him. She puts it off for as long as she can, making nigh-gymnastic use of the platforms available to make her way past him in a manner which leaves him safe to go about his day. She absolutely can’t kill anything so cute. She won’t.

But he gives her no choice, hitting Yoshi and sending Mario floating off, bawling pathetically and utterly, utterly helpless. Eyes filling with tears, she sacrifices every moral she’s ever lived by and turns that cute and adorable tongue on the Shy Guy, ending his life with one gulp and leaping skyward to rescue the baby. When she opens her eyes again, all is still, and the scene is comparable to the quiet horror following a bombing raid. As cute as he is, she’ll never be able to look at Yoshi in the same way again, and their relationship, however well patched up, will always be fractured. 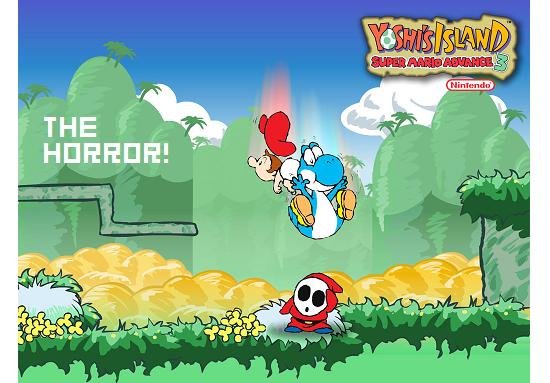 Sobbing, she turns away from the screen and returns to her bedroom full of stuffed Chocobos, Pokemon and Koopas, seeking forgivness. She eventually finds solace with Mr. Muggleface, her cuddly Moogle. She’s going to marry him some day, you know.

The list is endless, though cute games which don’t put her through too much emotional pain are preferred. Harvest Moon, Chocobo Tales, all things Mario and Pokemon, Spyro, Rayman … they’re all good. And of course, she lives in Animal Crossing and now much prefers her friends’ Miis to their flesh and blood originators. She probably hasn’t pre-ordered Manhunt 2.

Though don’t ever mention Lemmings. She’s never going to get over that nightmare.

It’s all about the game choices here. If you’re playing or talking with a fluffy gamer, you’ll have to make your selections carefully, and as in many situations in life, finding some common ground is the key. Pick strong, well-designed titles that just happen to have cute window dressing, such as Pikmin or Loco Roco, and play them in a “charitable” way. Do that and you’ll probably have a great time. Suggest a headshot competition and you’re going to lose a friend very quickly. 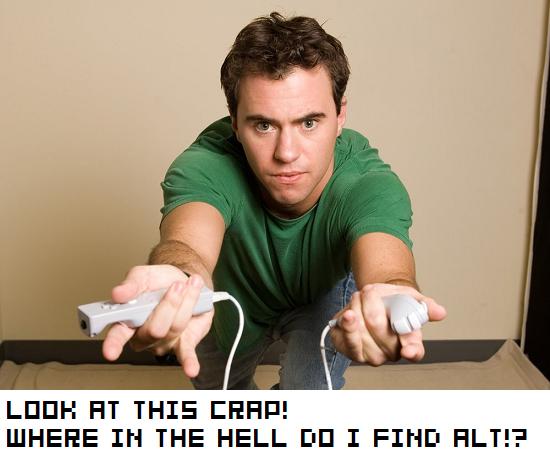 Having to deal with fanboys is an occupational hazard in our line of leisure. We’ve all met them, all suffered them, and hopefully all ignored them and walked away, slightly amused but no worse off. What we often don’t realize though, is that we have it lucky with most of them. The majority of fanboys only have obsessional love or hatred for one format, and so can be easily distracted by shifting the conversation to another machine or game series. There is one more rare format afficionado however, who cannot be escaped using such methods. He is the PC snob, and if you play with any kind of a joypad, you are his target.

The origins of the PC snob are various, but his allegiance to “proper computers” is undeniable. He is no contrary fanboy, chopping and changing his predilections with each coming generation. Oh no, the coming and going of these insignificant console eras is to him as the passing of a day is to a god. He believes in one format, and one format only, and nothing but the PC eternal will ever raise his interest.

While the PC does indeed have many advantages, versatility and upgradabilty being particular strengths, most gamers will admit that consoles provide a much easier experience on the whole. Unless you fall victim to the red ring o’ death, console games are guaranteed to work on your machine, and while upgradability is nice, it can be expensive, and console hardware is by and large a one-off payment. Mention these bonuses to a PC snob however, and you can expect to be laughed at for a good long time. 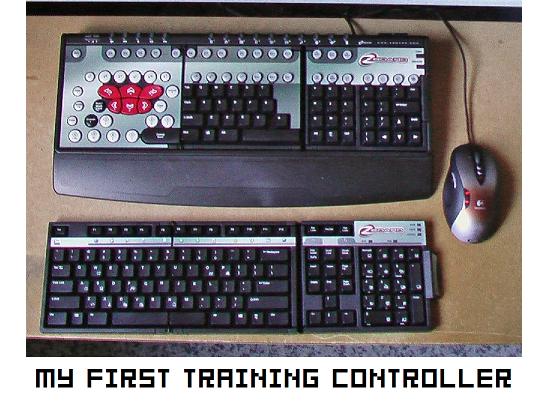 You see the complications are what he seems to live for. Regardless of what events in his early gaming life shaped his preferences, the one thing that seems common to every PC snob is a shared ideology of consoles being toys for babies, and that complicated technological issues are the only way to earn the right to play a game.

It may be that his parents didn’t want him wasting his time playing video games, and so sneaking a copy of Doom onto the PC they bought him to do his homework with was his only option for a long time, leading to a lifetime of repressed console jealousy. Or it’s entirely possibly that he’s always been a diehard techie at heart, and that gaming became just one of his uses for the machine he proudly built with his own two hands. He may even simply be an over-achiever, finding insufficient satisfaction in merely mastering a game, and thus feeling the need to make the actual process of gaming a challenge in itself.

Whatever the reason, he proudly sits in his command centre, nearly buried under a years-old Gilliamesque array of obscure hardware parts and peripherals, smugly mocking the rest of the gaming fraternity as they bumble around with their juvenile and simplistic devices. 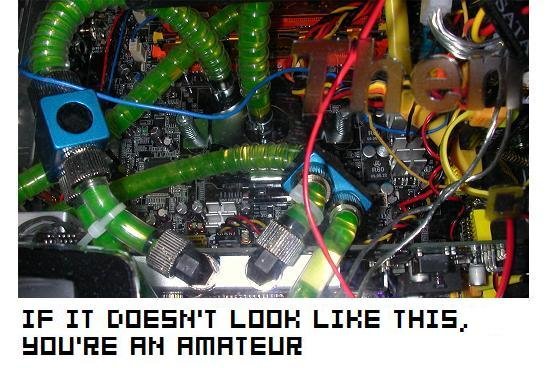 Online gaming revolution? Don’t make him laugh. His kind pioneered the use of the internet, and they had to do more complicated work than simply choosing a Gamertag. HD gaming? Ha! Let them run around buying their expensive televisions and their component cables. The PC elite have been playing in 1900 x 1080 on monitors for years! Oh, what’s that? You can customize your dashboard? God bless you. It must be exciting now that you’ve finally got a front-end interface after years of simply sticking little bits of plastic into holes. Welcome to the modern world people!

Nothing consoles do will ever impress him. However many control inputs your pad has, if you’re playing with less than 101 buttons, you are without doubt doing it very wrong. Any innovation the kiddie game boxes can come up with will be something he’s seen before, and quite possibly designed and put together himself. While the Wiimote raised his eyebrow for a brief time, he feels nothing but sorrow that it will be wasted on console games, and immediately bought one purely so that he could hack it and bring it to the promised land of PC gaming. Though admittedly that daliance lasted only a brief time, as he knows nothing will ever compare to the sacred joy of a keyboard and mouse. And besides, using it started to make him feel dirty after a while. 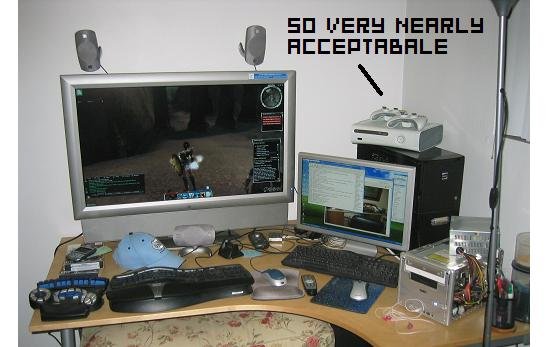 No, create whatever you want for consoles, be it hardware or software. If you can merely plug it in and play with it, it’s not worth the effort. Only when you’ve spent three days without sleep, teasing the life into your custom designed baby in a Frankensteinian workshop full of screws, tools, water coolers, vents and fans, can you truly call yourself worthy of being a gamer.

Anything complicated to play or requiring bleeding edge hardware specifications. Ideally both. If he has to upgrade any components to play it, all the better.

Again, common ground is the key. While you’ll never get him to admit to liking any console exclusives, cross-platform console and PC games are fine. You may even get him to share a few games of the console version with you. Of course, his excuse will be that he’s only doing it to see how superier his rig’s performance is, and you’ll have to overlook his constant complaints about the controls, but if you keep quiet about the hardware and offer to play the PC version, he might well start quietly having fun despite himself. And at the end of the day, that’s all that matters. Treat it as a cultural exchange and everyone will come out happy.