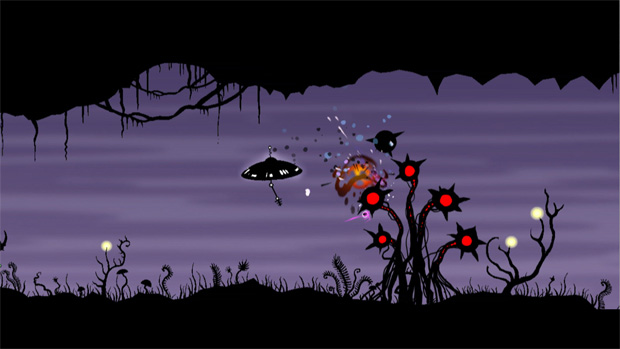 This not just your average shadow planet we’re talking about here. Nay, it’s an Insanely Twisted Shadow Planet. We were joined by Joe Olson of Fuelcell Games and artist Michel Gangé to talk about their new game, coming to Xbox Live Arcade next week.

Watch the video to see gameplay footage of both the campaign and multiplayer modes of Insanely Twisted Shadlow Planet. You’ll hear how the project was started at a Thai restaurant and why the game has taken five years to develop. And if you listen really closely, you can hear me repeatedly slaughter the pronunciation of poor Michel Gagné’s name. Awesome.