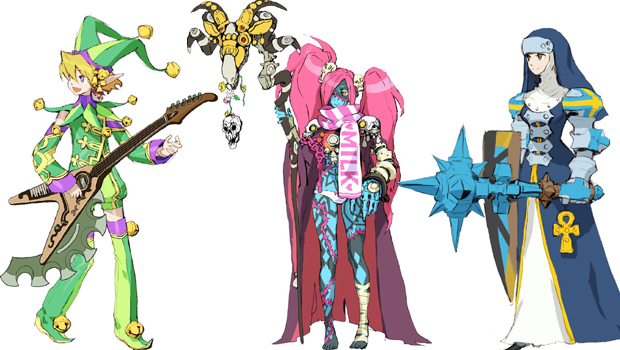 Last time I wrote about Code of Princess, I used my infinite wisdom to determine and declare that the game needed online play if were to stand a chance at being a big hit. Looks like the game’s developers read my post, as they have now announced that the game will have online play. Amazing that they were able to implement such a complex feature so quickly!

Also, last time i wrote about the game, someone got sad at me for not mentioning that the game is being developed by some of the team who created Treasure’s Guardian Heroes. Don’t be sad at me guys! I wish I knew everything about every game all the time, but I don’t! I am only a man.

Now we just need to wait and see if the game will leave Japan. Wouldn’t it be a kick in the balls if European and American 3DS owners got Steel Diver and Combat of the Giants: Dinosaurs 3D and not an awesome looking online co-op RPG-lite beat ’em up about purple zombie lady in a “<3 Milk <3” scarf getting in fights with hordes of grumpy cyborg skeletons?