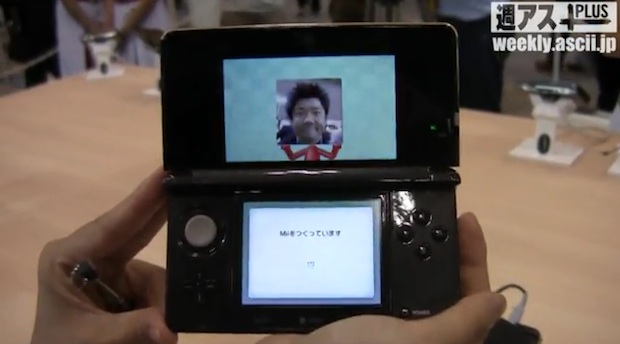 There’s some video from Japan’s Weekly ASCII showing off a few of the the Nintendo 3DS features. One of the coolest is automatic Mii creation from a photograph. At the end of the above video you’ll see a person being photographed. After being shot, a Mii’s head is covered by a box with the snapped photo on the front. After a bit of processing and an animated struggle, the box comes off and a Mii face is created. It looks just like the dude…or as close as a Mii can look. It’s not going to get me excited about using Miis, but the technology is cool.

In the video you’ll also see some Augmented Reality using cards. It’s hard to tell what’s going on, but the demoers sound impressed.  Siliconera says that the 3DS will be packed with six of these AR cards.