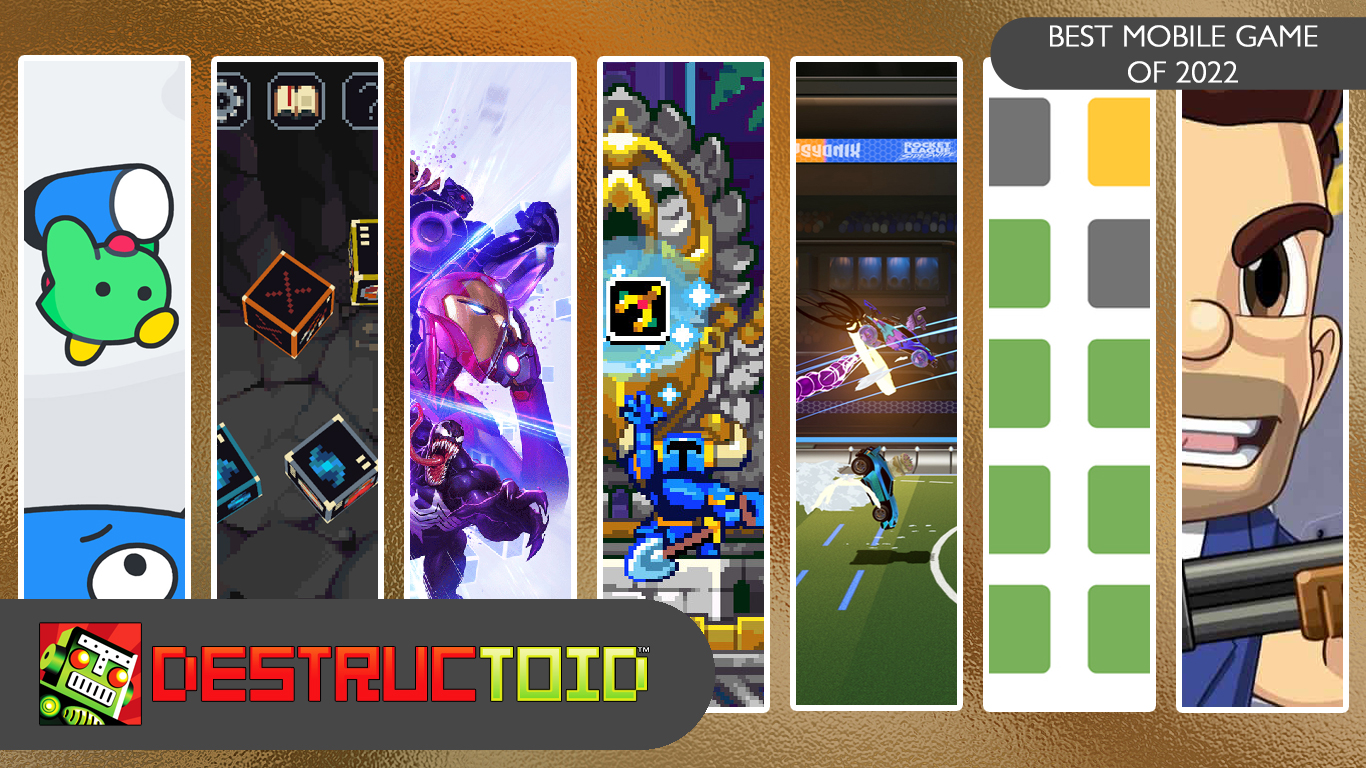 I know when that hotline bling, it can only mean a new set of challenges has unlocked

After relenting for far too many years, the biggest releases on mobile in 2022 finally convinced me to get one of those Xbox controller attachments that hold your phone. After about five minutes of using it, I tossed it in the bin. The whole set-up was just too heavy and flimsy, even if it made playing games like Diablo Immortal and Apex Legends Mobile an absolute dream. No, if I’m going to get a controller for my mobile, I’m going to need to shell out the big bucks for one of those Backbones. And considering what’s on the horizon for next year, it’ll likely be worth it.

For this year though, I was perfectly happy playing through the best mobile games of the year with touchscreen controls. Whether I was digging up treasure in Shovel Knight Dig or scoring the winning goal in Rocket League Sideswipe–a game that was technically released in late November 2021 but wasn’t actually playable until a few days later in December so we’re counting it as eligible–touchscreen controls continue to evolve and improve with each passing year and each crop of new games.

Except for in Wordle where my fat fingers keep typing the wrong letters. Yes, we’re counting Wordle for this year’s GotY awards as well because while it might have started up last fall, nobody outside a small group of people was playing it until December.

We didn’t cover as many mobile games on Destructoid this year as we have in the past, but that doesn’t mean we weren’t playing them.

Here are the nominees for Destructoid’s Best Mobile Game of 2022: