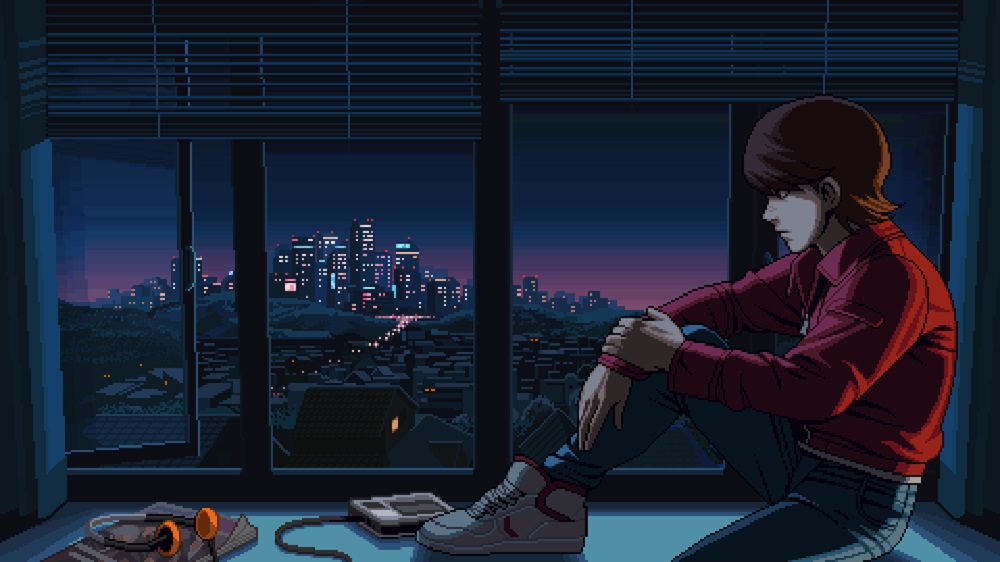 Growing up ain’t all it’s cracked up to be

I’m gonna break away from my normal shtick of weird shit and animals for something a little more grounded, but no less esoteric. Growing up playing video games in public, in arcades, now counts as esoteric, right?

198X looks to tickle that nostalgia fancy for anyone who remembers pumping quarters into machines. For most of us, they weren’t just games — they were an integral part of our youths. Whoa, that’s like, deep.

Players take on the role of Kid, who discovers video games through his local arcade. Five games representing five genres are present: There’s a sidescrolling beat-’em-up, a shmup, a racing title, a ninja game, and a cyber RPG. Each game recreates the look and feel of their ’80s counterparts, to the point where when the trailer first started I thought they were using clips from actual old games. If nothing else, the attention to detail is a sight to behold.

But just playing through classically-tinged games would make this less of a complete game, and more of a mini-game collection. Luckily, 198X is tied together through a narrative following Kid as he finds meaning in life through the games he plays. With each world he enters and masters, he learns more about himself and the world around him.

As he says in the trailer, these games are more than just games to him — they’re inexorable parts of his own personality. I think most of us here can relate to that; every game we’ve ever played has left some impact on us — some more than others. And while the games we grew up playing may be visually or mechanically dated, they left an impression on us that goes beyond just being a game we played, being more of a part of who we are today. If done right, the narrative can really strike a chord with what it means to be a gamer. At least it’s got a hell of a style about it.

The first chapter of 198X is available now for Steam. A PS4 release comes next week, followed by a Switch and Xbox One appearance later in the year.