Super Meat Boy, that is

Julius Caesar immortalized this phrase after an important military victory, but I can’t help but feel as if my application is entirely more impressive. You see, I recently attained the “I’m A Golden God” achievement in Super Meat Boy for obtaining 100% in the game by earning “A+” ratings on each level and collecting every bandage — a feat that I’m convinced Caesar would be unsuccessful in if he had undertaken it. To boot, I only died 10,834 more times than Caesar ever did.

I’ll be the first to admit that I’m exceptionally late to the party with Super Meat Boy. When it released in October 2010, I didn’t view it as anything other than another tough-as-nails retro platformer that prided itself on inflicting pain and frustration upon the player. In a way, I was right. But, I was also completely wrong. 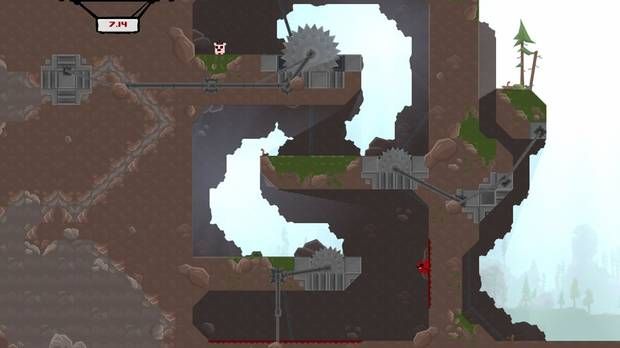 It wasn’t until I watched Indie Game: The Movie that I decided to give Super Meat Boy a fair chance.  The documentary effectively conveyed the struggles that an indie developer undergoes to pursue their dream. I mean, at least I think it did. I’ve never tried to make a video game. Regardless, I felt a connection of sorts with Team Meat. I respected their passion. I admired their dedication. Above all else, after seeing the emotion they put into making Super Meat Boy, I felt I owed it to them to play their game.

That was one of the best gaming decisions I’ve ever made.

It didn’t take long for me to realize why Super Meat Boy is as universally revered as it is.  There are hundreds of reviews out there that praise the game’s amazingly tight controls, masterful level design, and nostalgia-inducing graphics. Team Meat did just about everything right with this game, and that’s a well-established and common opinion by now.  This didn’t take me by surprise. What did surprise me is how addicting it is.

As best as I can figure, the very structure of Super Meat Boy can be credited for the enslaving experience. Most of the game’s levels take no longer than 20 seconds to complete. The latter stages see some courses with par times upward of 60 seconds, but for the most part, they’re remarkably short. This creates a “just one more”-mindset that can be ridiculously tough to break. The euphoric high that’s achieved by besting a particularly unforgiving level is almost always coupled with an ambition to immediately knock out the next level, too. It was this intense sensation that got me hook, line, and sinker, over and over. 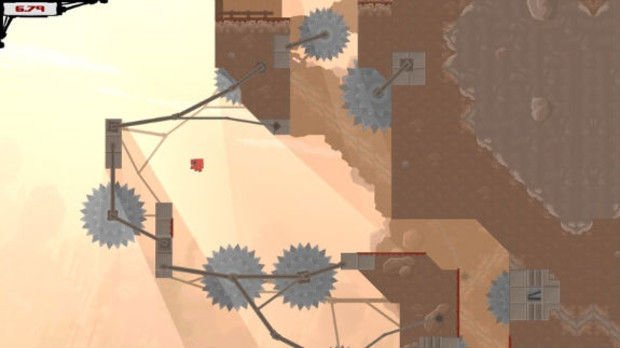 After the short time that it took me to fall in love with the game, I established my goals for the sadistic expedition.  First and foremost, I’m a completionist, and in my eyes, the benchmark for completion on Xbox 360 games is a full Gamerscore. Ergo, 200/200 Gamerscore was the primary objective. From there, I aspired for the purest run possible, so I wanted to beat every level’s par time with the Meat Boy character — none of the unlockable characters whose abilities could theoretically make certain levels easier.

Before long, I found an interesting dynamic between the game’s levels.  The ones that gave me fits and took a long time to beat, I wanted nothing to do with those ever again.  However, the levels that I passed astonishingly quick, I sought out my friends’ times and took several shots at topping all of them. Given that Super Meat Boy has been out for two years, it’s unlikely that any of my friends will ever know of this unspoken rivalry. Yet, I’m not sure that I’m entirely comfortable with the game invoking this odd, driving sense of passive, pseudo-competitive spirit that will never be reciprocated upon.

For all of the very tough levels in the game (and there are lots), I’m proud of the commendable job I did of keeping my composure during the frustratingly difficult ones.  There was one exception, however: The Kid’s Warp Zone. The Kid’s warp zone chewed me up and spit me out. It spun me into spontaneous bouts of incomprehensible profanity. It’s the only time Super Meat Boy made me rage quit. And, I may have shouted “VictoryBaby.jpg” upon finally beating it, because I am not cool by any definition of the word.

The most interesting thing that I noticed during my venture through Super Meat Boy was the way in which failure weighed on my psyche. For instance, surfaces that Meat Boy touches become permanently stained red and certain traps that kill him become splattered with his remains until you finally pass the level. Until then, those markings are a continuing reminder of your past failures — how close you had gotten other times, yet how far away you still are. Those red stains simply infuriated me. I seethed with anger at the very sight of them. I understand that it’s completely irrational, but I attest that it happened time and time again.

Despite all of the favorable opinions of pretty much every facet of Super Meat Boy, I played the majority of the game without one critical component — the music.  I firmly believe that the music perfectly complements the onscreen action, and is generally phenomenal. However, the aforesaid onscreen action has a tendency to be stressful, and the music adds another layer of tension, the aggregate of which I found just too overwhelming to be enjoyable and productive. Rather, I played most of Super Meat Boy while listening to music on my laptop, graciously sparing my nerves undue stress.

One night, the glorious, long-awaited moment arrived. I finally unlocked the “I’m A Golden God” achievement. More importantly, I finally felt like I had done the game justice after having gotten a glimpse into Team Meat’s development process. My personal journey had seen several highs and several lows, and had only taken 10,835 deaths and the loss of one very noble controller. It was draining, yet rewarding. It will forever have a place in my heart amongst my most cherished gaming accomplishments. I came, I saw, I conquered, and I loved every second of it.