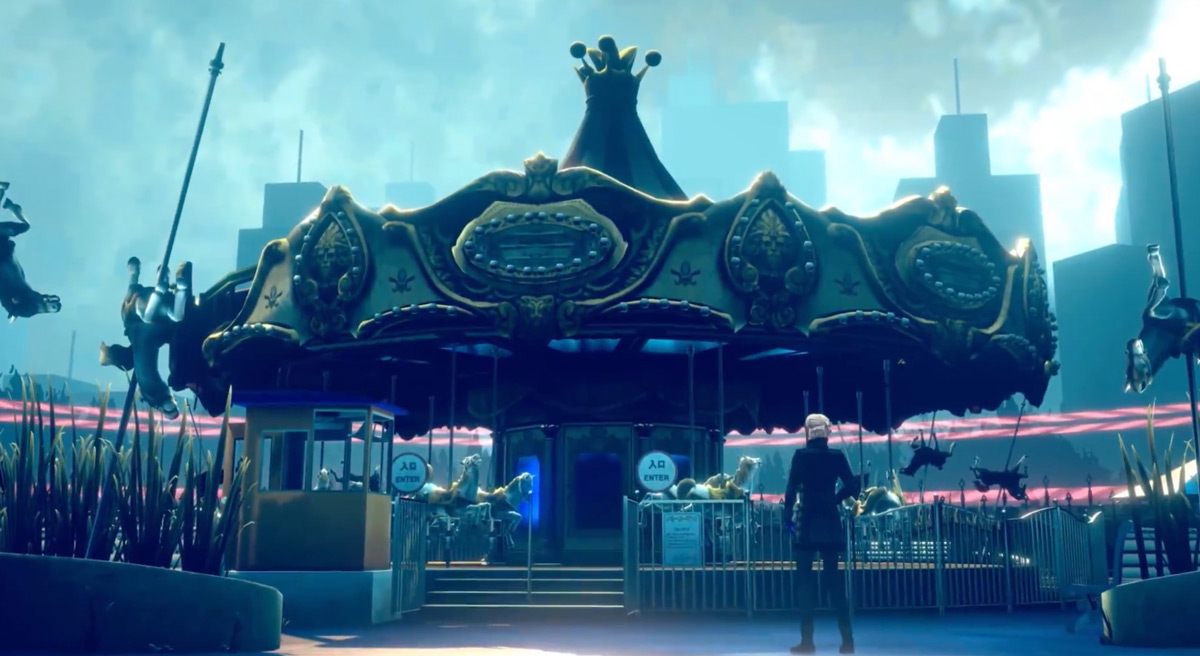 The Zero Escape series is, without a doubt, my favorite trilogy in all of gaming. Franchise creator Kotaro Uchikoshi crafted three absolutely spellbinding stories about survival, love, death, and time travel that rivals anything Hollywood has put out in the past decade. He’s a brilliant game designer, and I can’t wait to see what he has in store with AI: The Somnium Files. And that’s AI, pronounced “eye.”

Formerly known as project PSYNC, The Somnium Files is a visual novel mystery adventure game set in a technologically advanced Tokyo starring Kaname Date, a detective with an artificial eye he uses to gather clues as he hunts down a serial killer. He can also look into the memories of witnesses, presented as dreamscapes. According to Uchikoshi, the term “AI” has three different meanings in the game. There’s A.I., as in artificial intelligence; eye, which is the theme of the game; and ai, the Japanese word for love. Speaking of words, “somnium” is Latin for “dream,” hence all the dreamscapes.

Character design is being handled by Yusuke Kazaki, known for his work on No More Heroes, Pokemon Go, and Fire Emblem. During the presentation, Uchikoshi also revealed a second character named Iris, a high school student “YouTuber” who has her own series of Let’s Plays.

No release date has been given yet, but AI: The Somnium Files will launch on PlayStation 4, Steam, and Nintendo Switch.