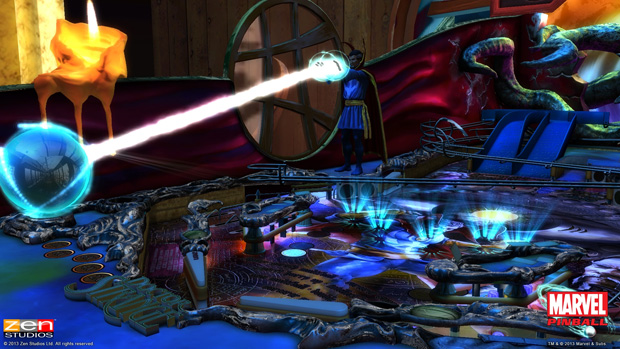 Select PS3 tables can be imported

Zen Studios is bringing Zen Pinball 2 to PlayStation 4 on December 17 in North America and Dec. 18 in Europe. If you’ve already bought into the platform on PS3, you’ll be able to import a number of tables for this new version. Otherwise, tables will go for $2.99 a piece, or $9.99 when compiled in a table pack. Here’s the list of PS4 content planned for launch:

There’s also the upcoming Marvel’s Doctor Strange, which will be ready in time for Zen Pinball 2‘s PS4 debut, and the Sorcerer’s Lair table, a free download for all players. As much as I’d also like to see wholly new titles on a new console, games are games and it’s especially nice to have an upgrade program like this in place.