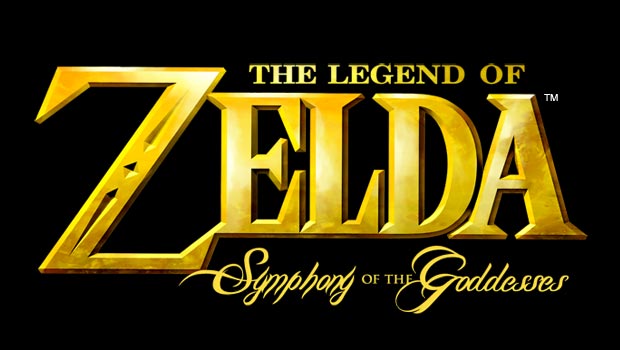 We had a blast at Nintendo’s The Legend of Zelda 25th Anniversary Symphony back in October (you can read Chad’s full report here), but it’s 2012 and we’re now looking forward to Nintendo’s next musical tribute to the series, The Legend of Zelda: Symphony of the Goddesses (SOTG). This is the year-long tour that we spoke to Nintendo’s Bill Trinen about at Comic Con last year, and in addition to a slew of tour dates that were announced this morning by Nintendo, we have a bunch of exclusive details about the tour directly from SOTG’s producer, Jeron Moore.

Hit the jump for a list of tour stops and for details about the content of the concerts.

Many more tour dates are planned for announcement, and I’m hoping Southern California will get another performance as I was certainly left wanting even more after the amazing 25th Anniversary Symphony in Los Angeles. Although Bill Trinen told us that the tour is planned through 2012 with possible support beyond that, given how popular the 25th anniversary concert was in addition to the Dallas stop selling out in just two weeks after tickets went on sale, I’m crossing my fingers that this show will be on the road for a long time.

In terms of how the two productions are related, Nintendo is once again directly involved with the show to ensure a quality experience with Jason Michael Paul Productions once again handling the production itself. As we mentioned, Jeron Moore is one of the producers behind the show with arranger Chad Seiter handling most of the arrangements. That’s good news as Seiter was responsible for some of my favorite arrangements from the 25th anniversary show, including “The Wind Waker Symphonic Movement,” “Twilight Princess Symphonic Movement,” “Gerudo Valley,” “Kakariko Village” and the “25th Anniversary Medley.” Like the 25th Anniversary concerts, there will also be a huge screen suspended behind the performers displaying graphical backdrops for the music as well as footage from the featured games.

As far as content is concerned, in the words of Jeron Moore, “Very few pieces will be carried over, with the exception of two of the movements and a couple additional pieces which were meant as teasers for the 2012 tour. Outside of that, the 25th anniversary symphony concerts were intended to be unique, special, one-time commemorative events.” As the tour’s title suggests, the heart of the tour will be a 47-minute long five-part symphony that includes a prelude and four movements, with one movement each dedicated to Ocarina of Time, The Wind Waker, Twilight Princess, and A Link to the Past. I’m particularly excited to hear that A Link to the Past will get its own movement, as it’s my favorite game and soundtrack in the series. And yes, the “Twilight Princess Symphonic Movement” and “The Wind Waker Symphonic Movement” will be the same 10-minute long segments from the 25th anniversary show, which were easily two of the best pieces from that evening.

The rest of the concerts will be dedicated to other pieces from the franchise. Again, Jeron Moore explains: “Symphony of the Goddesses is designed to grow and adapt — the 4-movement symphony is the repertoire of the concert, the timeless classics that we love to hear time and time again. The other aspect of the program is more modular, so you can expect to hear highlights from other favorite moments in the Zelda pantheon that may not be covered by the 4-movement symphony, not to mention a lot of the great music found in the peripheral titles, like Majora’s Mask, or the handhelds like Spirit Tracks, Link’s Awakening or the Oracle duology.” When asked about Skyward Sword in particular, as it featured what’s easily one of my favorite soundtracks of 2011, Moore noted “You can bet we are listening to the fans. We want to deliver what they want,” and “We’ve got our eye on Skyward Sword, too.”

My last question for Moore was regarding the possibility of a music CD dedicated to the tour, as I enjoyed the 25th anniversary CD that came with Skyward Sword and am a fan of other live concert recordings that have been released over the years. I got a, “We’re exploring that. We want to do it,” but no firm commitment.

Feel free to hit up the tour’s official website for ticketing information as it’s looking as though tickets will be selling out fast.

Did you happen to make it out to the 25th anniversary concert and have thoughts about what you heard and whether or not you’d want to check out this show? If you missed the 25th anniversary shows, are you at least excited to be able to see this production at a venue near you? Are you surprised that these concerts even exist at all given how Nintendo has largely ignored the promotion of the music in their games over the years?

Filed under... #Concerts#Offbeat#The Legend of Zelda