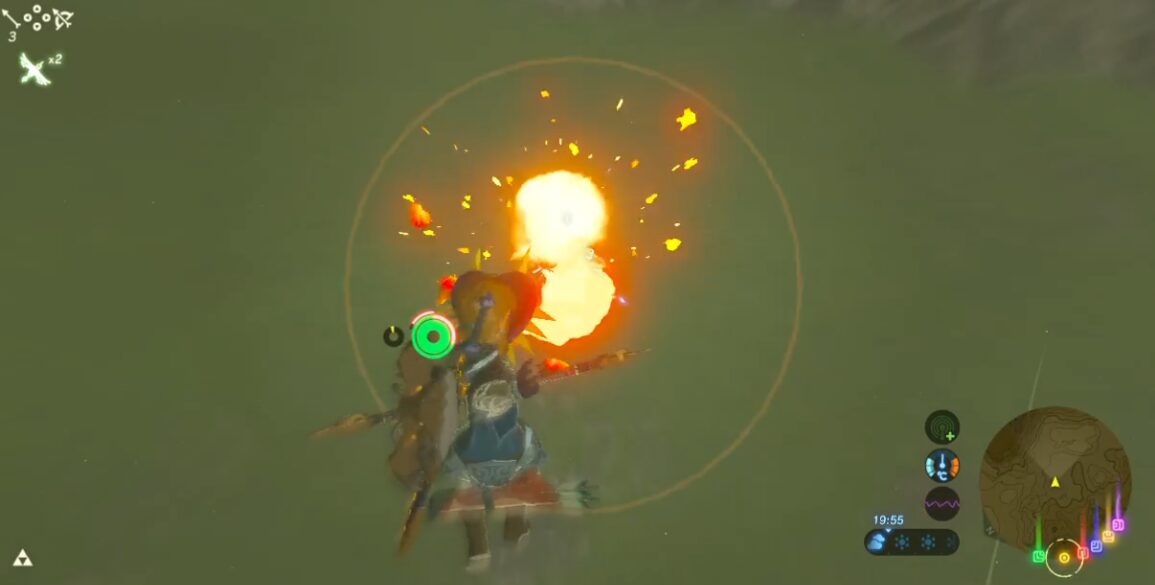 Another month, another Zelda: Breath of the Wild (re)discovery. Yes these are still happening, and they’re still fascinating. One of the newest reborn crazes is the “triple updraft,” which does not require modding or some other insane method that might have turned you off from various Breath of the Wild tricks in the past. In this reddit post by tetr4_hc (Tetra Hc), we see exactly how it plays out step by step.

Here’s how the triple updraft works:

Looks like the pepper market just skyrocketed in the land of Hyrule!

While Tetra_Hc states that this triple updraft tip is “old, but apparently forgotten,” it is very much new to many people in the community. Discovering tricks like these is as “simple” as trying out basically every item in the game in various ways to gain an advantage. This is why we’re still talking about this game, as new tech is constantly being discovered. As a reminder, you can also windbomb, but this method might be way easier for people.

So long as Zelda: Breath of the Wild 2 delivers with the same open-ended framework, it could create more possibilities for crowd-based discoveries like this. You know Nintendo has to be designing the game in part to account for that, as the sheer amount of conversations born out of that spark in the last several years has been impressive. It’s oftentimes more talked-about than a brand new AAA game the week of release.

Tetra Hc also provides a follow-up, noting that you can do this with multiple peppers on the ground, and showcases what happens if you use 30: