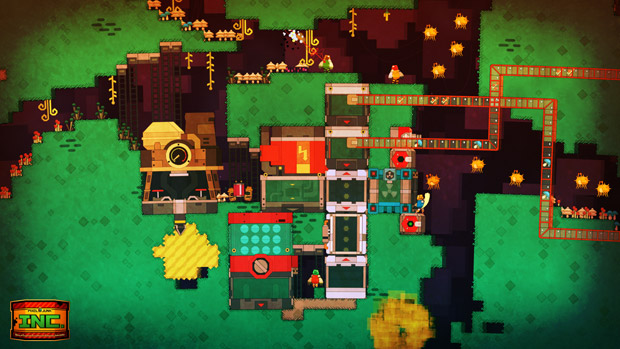 For a while now, Q-Games has been releasing bits and pieces of information on PixelJunk 1-6 with regular development updates on its blog. Today, we’ve got a trailer and screenshots for this project, which is now being called PixelJunk Inc.

According to the studio, the video shows “two intrepid explorers building the foundation of their interstellar Soup Co. Empire.” This is seemingly a 2D sandbox platformer, for lack of a better term, though it looks as if there’s perhaps more of an end goal to achieve with the soup company premise. Intriguing stuff, to say the least.

This is only a hint of things to come — combat, for instance, is tiptoed around — and I very much want to see what’s next. If Q-Games can put as much care into PixelJunk Inc. as it has in prior series entries, we could be in for a real treat. Look for it first on Steam for Windows this year, followed by Mac and Linux releases.