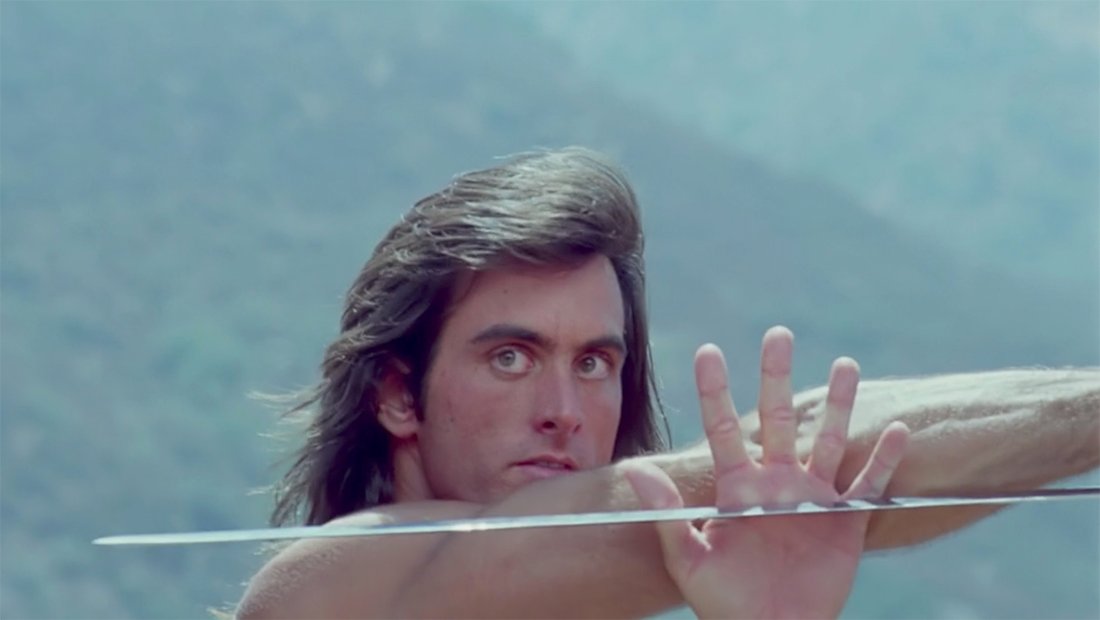 This week, we’re tweaking the format … slightly. From now on, all pictures will be numbered, and we encourage you to take a stab at captioning them. Best captions will round out the next week’s volume of YBMNG. 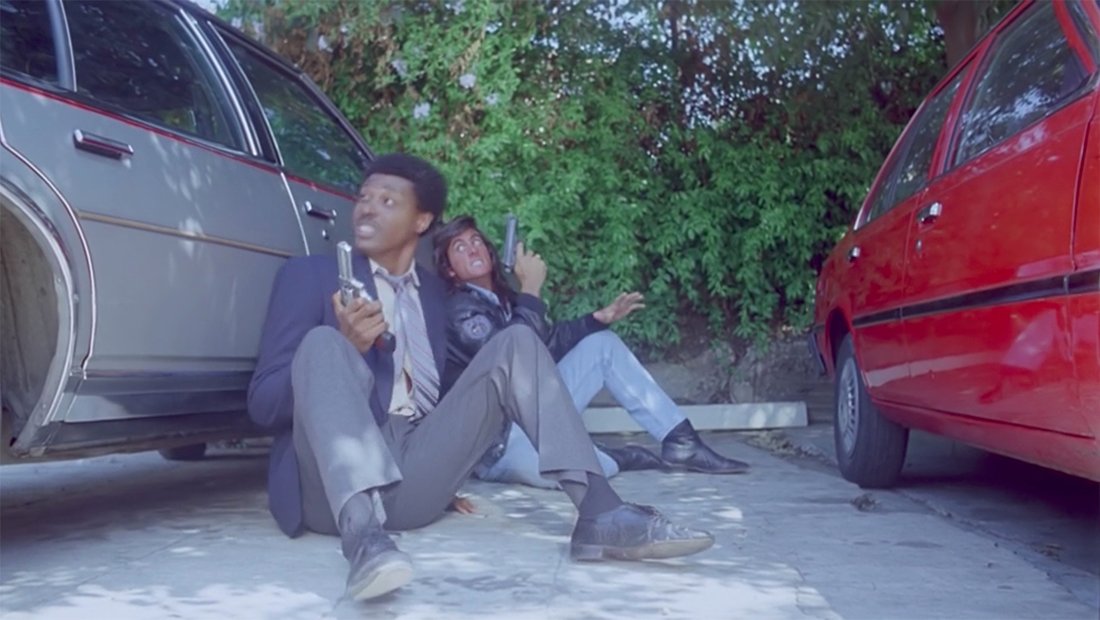 2) Apparently, Lethal Weapon defines about 30% of all bad movies.

If you thought we were done with covering awful riffs on Lethal Weapon after we covered Tango & Cash, you are due for another thinking. This week’s entry takes the Tango & Cash budget, throws it in the trash, and tries to make a movie anyway. What director Amir Shervan came up with is now reverently referred to in hushed voices as, Samurai Cop. 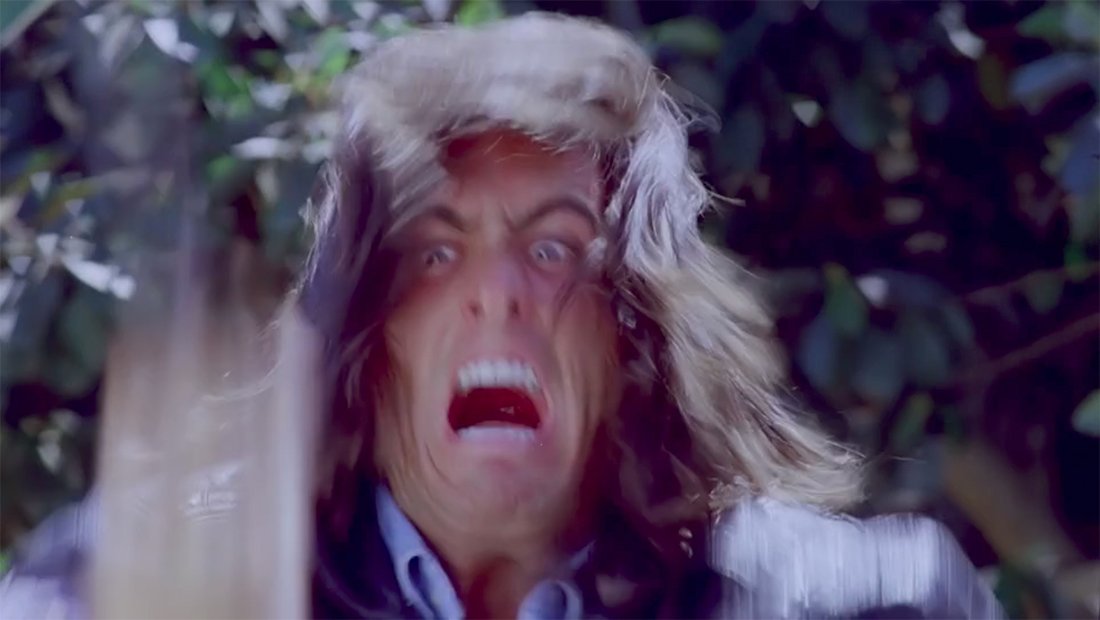 3) This is the face you make when chopping off somebody’s arm. 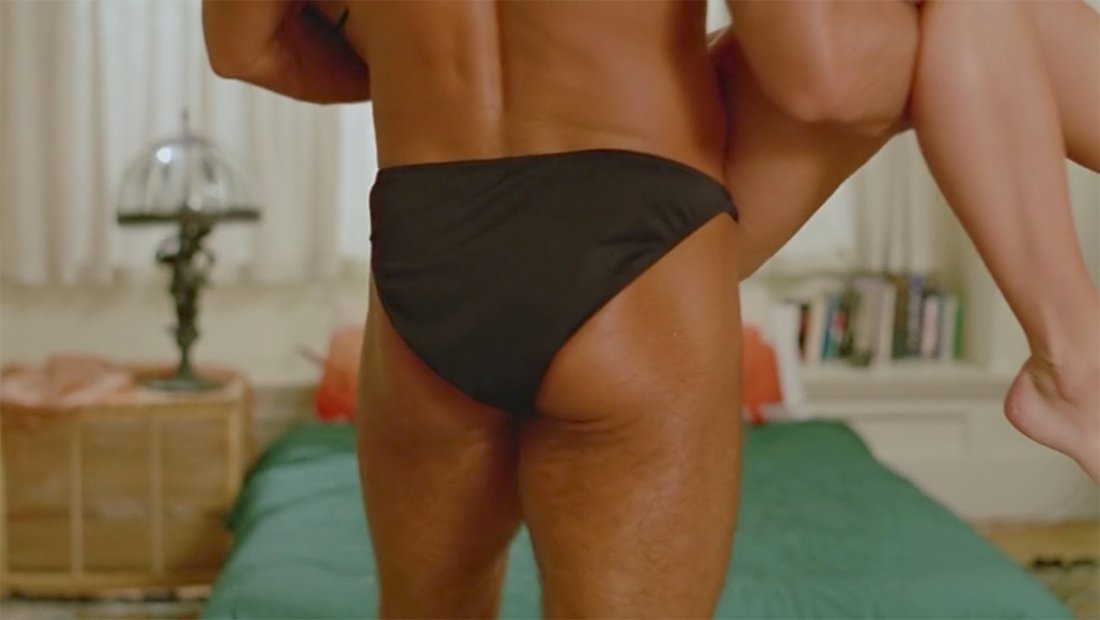 5) Featuring cross-promotion from Buns of Steel. 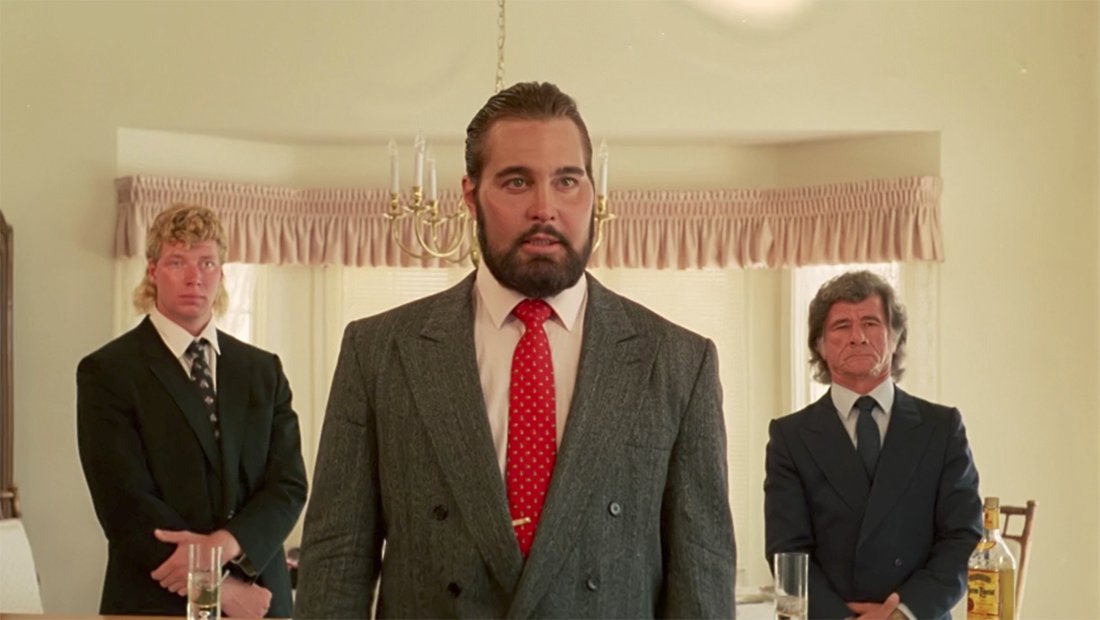 6. They literally pulled people in off the streets to stand in the background. 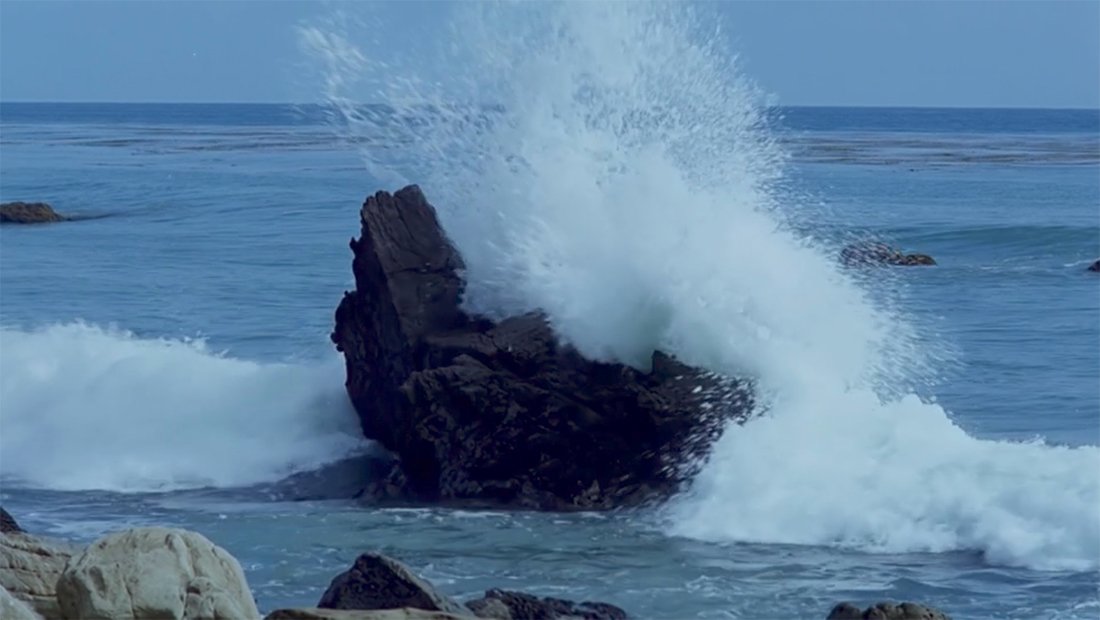 My crack team of YBMNG investigators said this the most while watching Samurai Cop: Whaaaaaaaaat????

It’s hard to have any other reaction throughout much of the movie as the plot, action, directorial choices, dialog, editing, sound editing, costuming, and every other aspect of legitimate filmmaking. Now take away the modifier ‘legitimate’ and add quotes to all those various facets of filmmaking, including filmmaking itself, and we can properly discuss Samurai Cop. 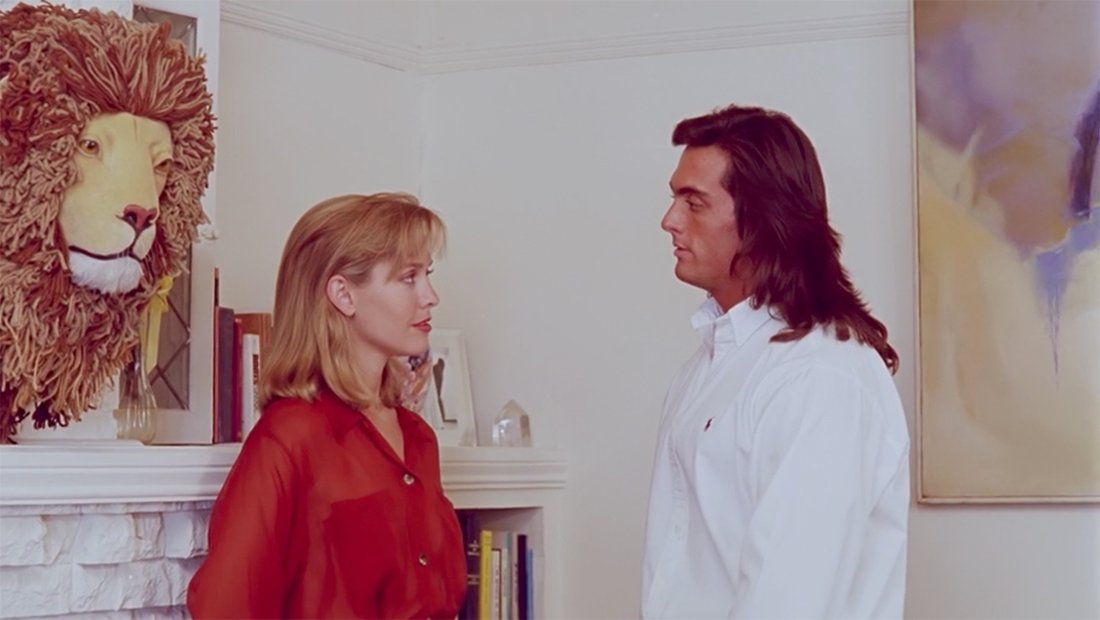 8) It’s never explained why this lion head is featured in about 30 shots: but we like it!

I’m not going to get into the interview reveals I found after watching the movie, as I feel the mystery that encompasses pretty much every decision in the movie adds to its appear. Why, oh why, does the final battle scene begin with a samurai sword standoff where the hero and villain are a football field away from each other? From when the hero picks up his own sword to match the villain’s, to when their blades first meet, is an excruciating and hilarious 47 seconds of screen time. It’s inexcusable. 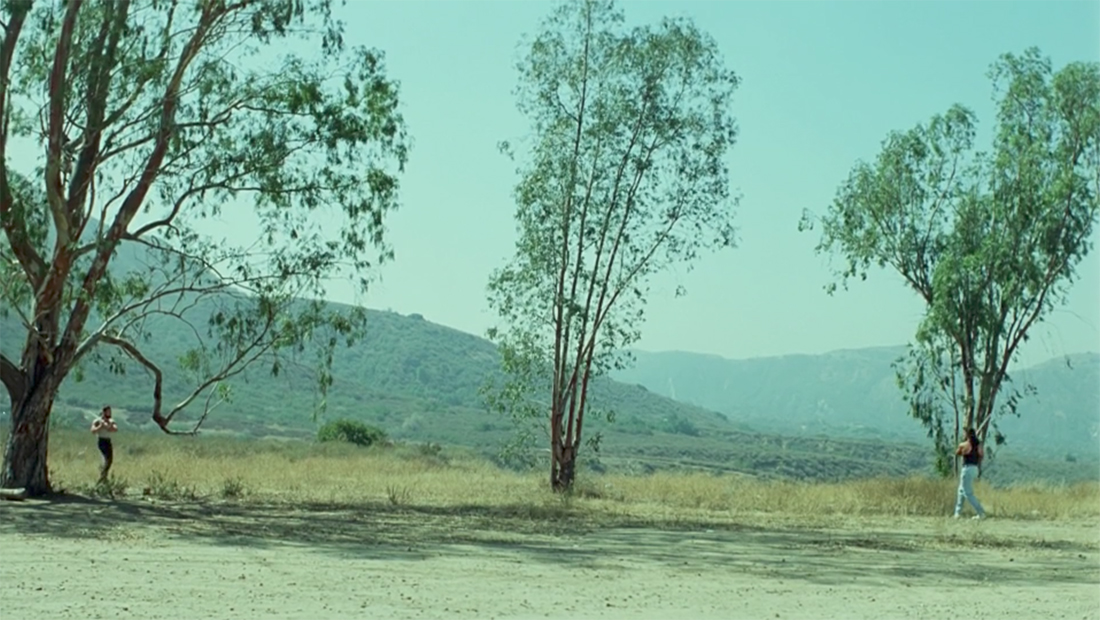 9) What passes for ‘cinematography’ in Samurai Cop.

And apparently, that’s just how this director was. He had no budget, and if it seems like people are wearing the clothes they auditioned in, or driving the shitheap cars that beginning actors drive, there’s a reason for it.

If you feel like two people immersed in dialog with each other have the exact same voice, there’s a reason for it.

If at one point Samurai has legitimate long hair, but later is clearly wearing a wig, only to again be sporting his own lengthy locks, there’s a reason for it! But you’ll need to watch the entire film and then do you’re own research on the web to get satisfactory answers. Half the people making this movie never thought it would be seen by an audience. Little did they know. Shervan himself reminds me a lot of Tommy Wiseau, the director of The Room. He wrote all the dialog himself, insisted it be read 100% to form, and directed the piece as well. He probably would have starred in it himself if he’d felt he had enough muscles. Clearly, these love scenes were meant to feature Shervan, not star Karedas. 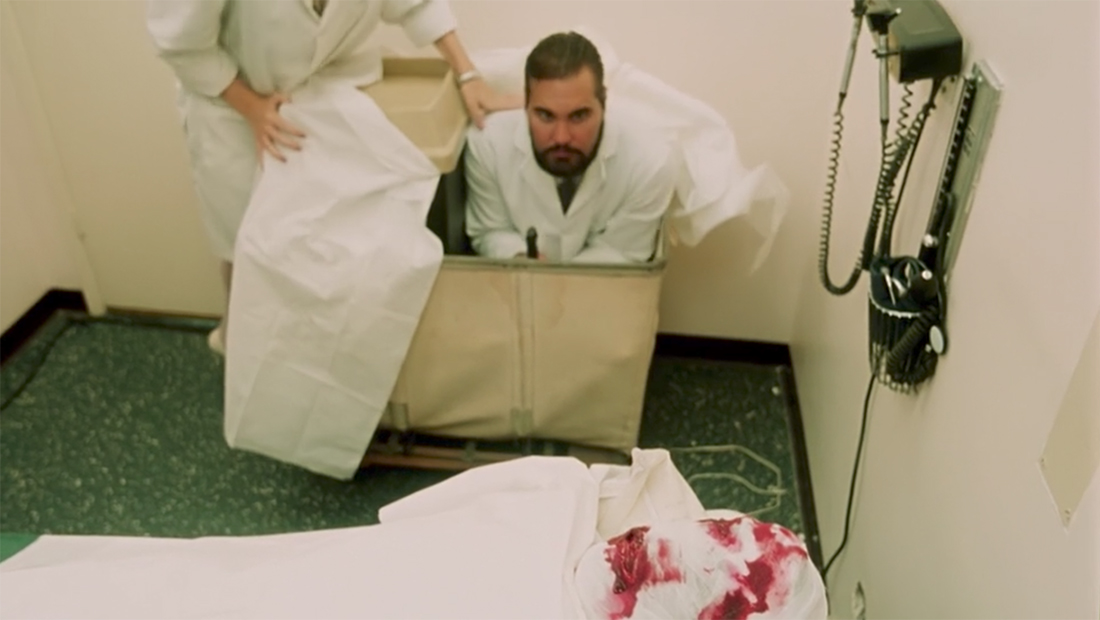 10) Gut-bursting moment here, as the mini-boss emerges from a can of garbage to silence a failed henchman.

Can we talk about those love scenes for a moment? At least 75% of no budget was budgeted for them; Samurai Cops first love scene has more lighting than the rest of the film, and they even used microphones! 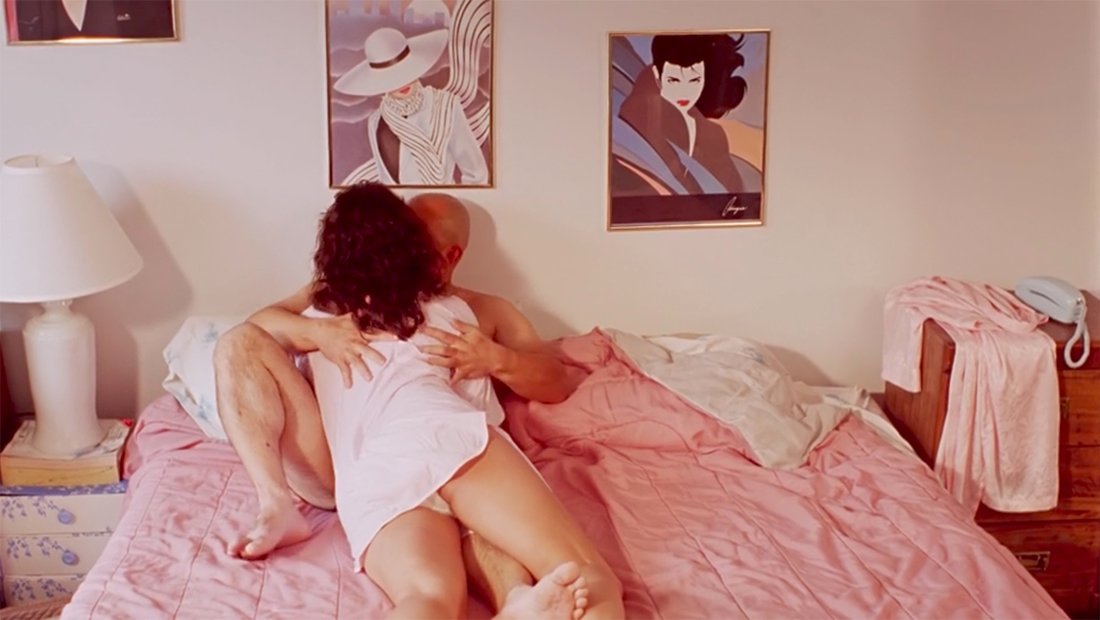 11) The director pointedly made sure to get this from the rear, rear shot, in all love scenes.

Mullets at every turn; bad guys gunning down their own bad henchmen; the sluttiest people you’ve ever encountered; and plenty of heroes going beat red in the face: Samurai Cop has got it all.