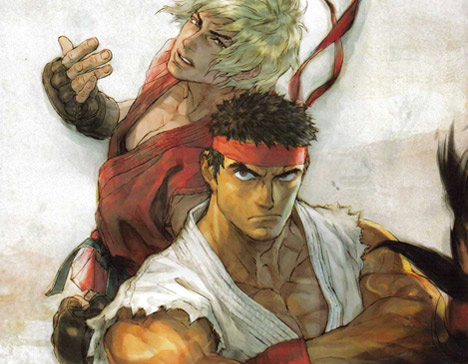 Earlier this week, Capcom was kind enough to send Street Fighter IV preview code our way. And no, you can’t come over and play. Sorry.

Along with the game (which I can’t say anything about yet other than it’s not a final retail build) came a pretty neat extra — a 39-page Street Fighter IV “Training Manual.” The booklet details the features of the console version, an interview with Capcom’s Seth Killian, and some killer Street Fighter IV art. But best of all, it features the special moves for all 25 of the game’s characters.

The book is so damned cool that I wanted to share it with you guys. Fortunately, Capcom gave me the thumbs up to pass it along. So here it is in all of its glory. If you were wondering how to do Seth’s “Hyakuretsukyaku,” here’s your guide. Start practicing now for the game’s February 17 release on PlayStation 3 and Xbox 360.