Nobody cares that much about the Game Awards

The Game Awards are nearly here again, and gamers everywhere have taken up the annual tradition of pretending the Game Awards are important. All across my Twitter timeline, I’ve come across the same old takes, from people lamenting the biggest snubs of the year to people furiously debating the Game of the Year while conveniently ignoring 2/3 of the nominees. At the heart of it all, though, I see the truth: nobody really cares about this stuff.

The Game Awards are not prestigious. Nobody actually cares about the winner of any category for more than an hour after the ceremony airs. Even Game of the Year, ostensibly the biggest award in all of video games, as far as I can tell, just doesn’t matter all that much. Last year’s GotY winner, It Takes Two, was the first indie to ever win the category (that’s including the eleven-year run of the Spike Video Game Awards). At the very least, that ought to be evidence that the category is borderline illegitimate; in nearly two decades, there’s only been one winner that wasn’t also a massive blockbuster. Imagine if Best Picture went to an Avengers movie every single year.

Where have all the indies gone?

That broadly indie-neutral sentiment remains very present in this year’s slate of nominees. While a few phenomenal independent titles received plenty of recognition this year (Immortality in particular received a lot more love than I anticipated), plenty of games also saw massive snubs. I simply don’t buy that Horizon Forbidden West has a better narrative than Norco – I played both of those games, and it seems pretty clear to me which one deserves a Best Narrative nomination. Only one indie game made it to the supposedly-prestigious GotY lineup this time around, and it’s the expensive-looking GIF generator Stray. Don’t get me wrong – Stray is a good game, but it’s almost certainly not one of the best games of the year. I hate to be a cynic, but it does seem as though this one may have squirmed in over other indie titles simply because it looks a bit like a AAA game. 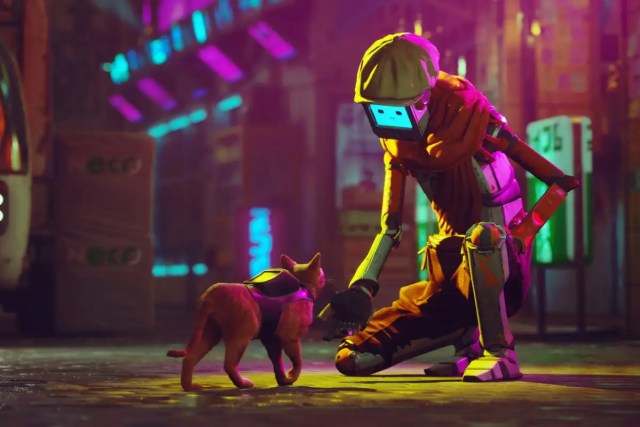 Beyond being hostile to independent developers, it also kind of seems like the Game Awards don’t carry any weight for viewers. Most of the time, audiences cheer when their favorite established mega-hit game uses its massive marketing budget to win a trophy, then forget the entire thing ever happened. If they ever think about the Game of the Year again, it’s only because a company releases a Game of the Year Edition for said mega-hit game (now with three new hats). There’s no actual honor or prestige to any of it.

We want it to matter

A lot of people seem to be under the impression that they have to care about the Game Awards because an annual ceremony celebrating the best of the best is an important cultural institution. Movies get the Oscars, music gets the Grammys, literature gets the National Book Awards, and everyone treats those with a certain level of reverence. Even when we offhandedly dismiss the Oscars, there’s a degree of pride we feel when the good movie wins, and, as people who enjoy video games, we want to be able to get that feeling at a show for video games. But the thing is, we don’t get that feeling at the Game Awards; at least, I don’t, and while there are people who build whole careers out of tracking the Oscars, I’ve never met anyone who’s actually thought about the Game Awards for more than a week after they’ve happened. 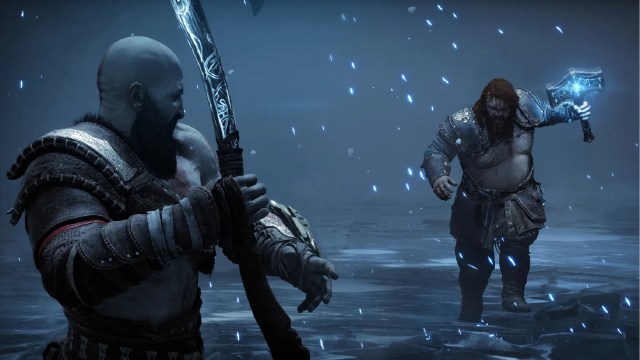 There are a ton of reasons for that. As mentioned before, smaller games almost never make the cut, which makes it difficult for anything actually exciting to happen onstage. It Takes Two was able to eek out an unexpected win in a year without a clear-cut victor, but I am increasingly certain that its victory was the first and last time something unexpected would happen at one of these things.

There’s also the issue of voting – the Game Awards has a voting jury made up of critics and several smaller juries for more specific categories, but 10% of the vote is decided by fans, and anyone who’s ever taken part in a fan-driven poll knows the risks inherent to that strategy – the game that gets the most votes is not the “best game,” it is the one with the loudest fans. It’s an attempt to be the voice of the people that leaves the entire ceremony wide open to all the issues of fandom. In spite of Geoff Keighley’s protestations, the Game Awards want to be the Oscars of gaming. They just can’t pull it off.

So, if we don’t actually care about the winners, then why do we actually watch the Game Awards? For the commercials. I would say the Game Awards are like the Super Bowl of video games, but I’ve been informed by reliable sources that some people actually really like football, so instead I’ll say this: the Game Awards are like if E3 was two hours long and kind of boring. The awards are not the star of the show, and everyone is keenly aware of that fact – it’s a press conference wearing an awards ceremony’s tattered skin suit. 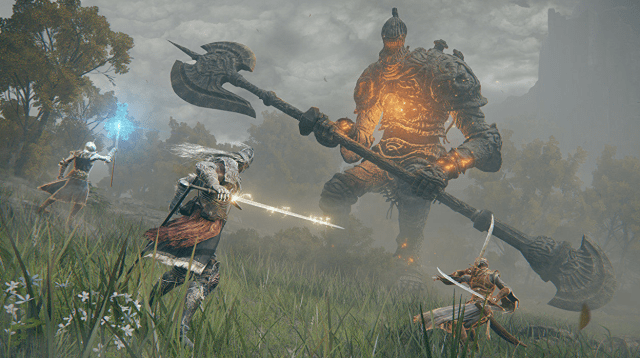 But the Game Awards can’t call attention to that fact. It’s already established itself as an awards show, so it needs to pretend at some level of prestige. The ceremony needs to feel very ceremonial, everyone needs to file into a big theater, and we all need to care about whether or not Kratos’ billion dollar marketing machine can beat Melina’s billion dollar marketing machine. I’m not innocent in all of this – I will be watching the Game Awards live, and I will probably pretend to care about who wins (even though my favorite game of the year, Card Shark, received a criminal zero nominations). When the sun rises on December 9th, though, all any of us will remember are the trailers.