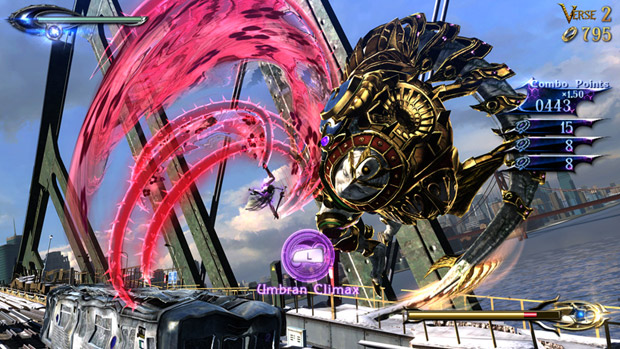 The sheer spectacle of Bayonetta 2 has me on board for this Wii U exclusive, and that’s to say nothing of the hair. Oh, that magnificent hair. It’s everywhere!

It was getting late in our PAX Prime 2013 journey when Hamza and Jim recorded their thoughts on the new Platinum Games title, as you can probably tell, which is why their attempts to talk about the game resulted in strange words being uttered. The subject matter of Bayonetta 2 certainly wasn’t making their job any easier.