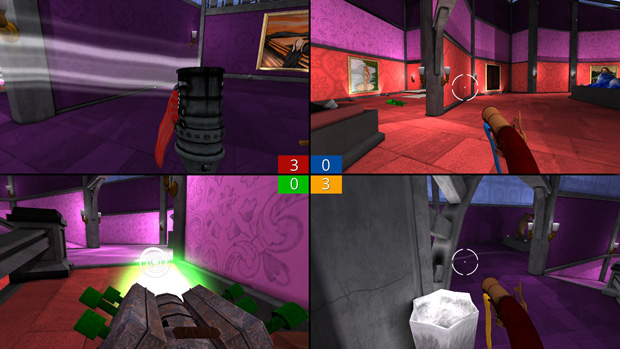 Screencheat offers a new twist on the first-person genre. Players are invisible and the only way to gauge where an enemy is located is to look at their screen.

The game will feature two-to-four player splitscreen, even when played online. Local network play is available as well.

Developer Samurai Punk is planning to include eight weapons, five maps, and six game modes, including Death Match, King of the Hill, One Shot, CTF, and a mode called Murder Mystery.

Screencheat is slated for a Steam release with optional gamepad support.

Screencheat is a splitscreen FPS where you’re completely invisible [Eurogamer]