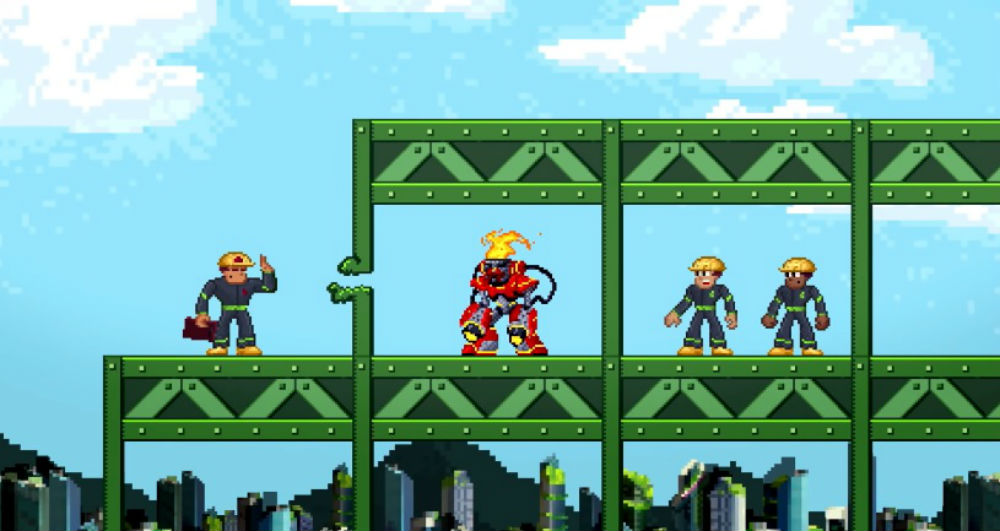 Mega Man: Fully Charged is finally out in web form, after months of speculation and delays we can confirm that the show actually does exist.

Yes it’s for kid, and it takes the angle of “robot superhero son with adorable dad,” which is a more endearing premise than I initially expected. It’s also littered with various homages from retro visuals to musical cues (Fire Man’s original theme playing while they battle in episode two is cute), and the idea of Mega Man also copying his enemy’s mental states is interesting. I’ve only see a bit of it but the Dr. Light and Wily analogs are good enough, as is the overarching storyline of robots vs. humans. I don’t think I’m going to rush out and recommend it to anyone outright, but kids should enjoy it.

Note that the first two episodes (a two-parter intro) are “unlocked,” so anyone can view them freely. After that you’ll need to log in with your cable provider that has access to Cartoon Network. Episodes are roughly 11 minutes each so it will only take you a few hours to blast through the entire show.