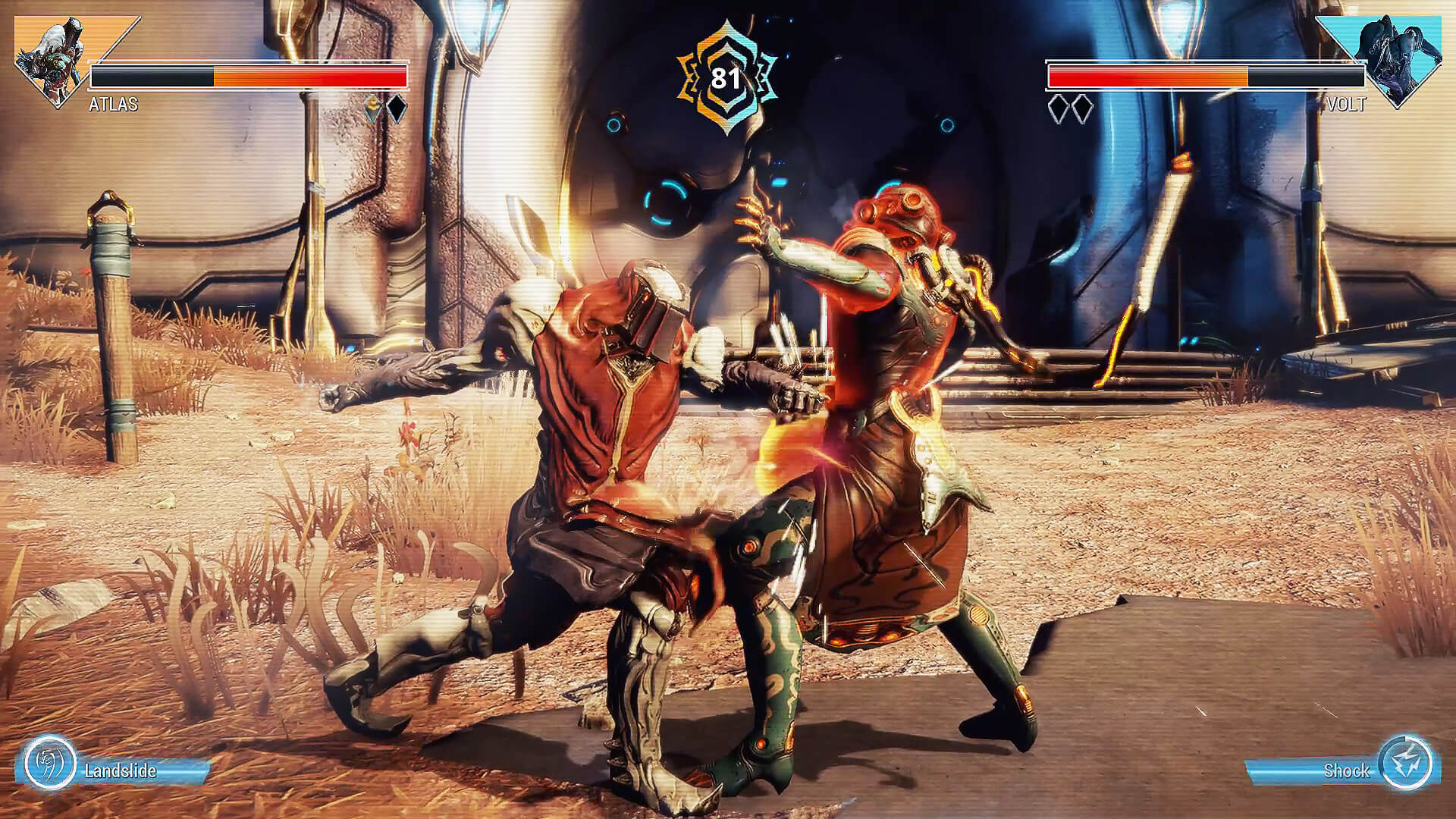 It’s always a treat when games aren’t afraid to get a little silly and experiment with side content. In the latest Warframe update, Digital Extremes has added Frame Fighter, an arcade fighting mini-game.

There are blocks, grabs, light/medium/heavy attacks, and even specials.

To play, head to Cephalon Simaris and buy the Ludoplex for 50,000 Standing.

The initial three combatants are Excalibur, Volt, and Mag, but you can unlock more characters by finding Frame Fighter Fragments. (They’re out and about.) Also, “if the scanned Warframe’s Prime is in your Inventory, you can toggle to the Prime version of the acquired character.”

Along with Frame Fighter, there’s also the side-scrolling Wyrmius and flappy Happy Zephyr mini-games. The developer says they’re “available through more secret means, if you know where to look.”