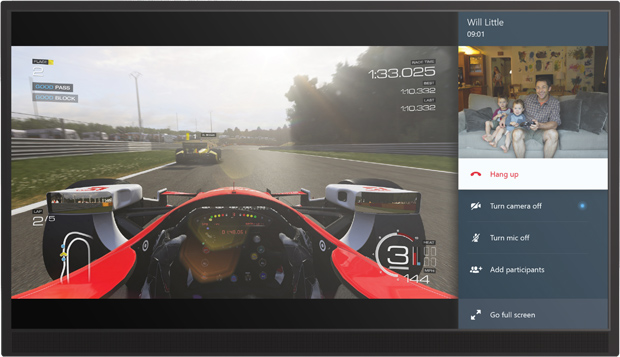 As of a recent update, Skype for Xbox One now allows users to Snap their video or voice-only calls into other apps. That means it’s possible to chat with people over Skype while simultaneously playing a game or watching a movie — which, yeah, that’s a nice feature to have.

Another thing that would’ve been good to see supported from day one, but I’m not going to dwell on it. Don’t forget: Skype will no longer require an Xbox Live Gold membership starting in June.

A New Snap Experience for Skype for Xbox One [Skype]