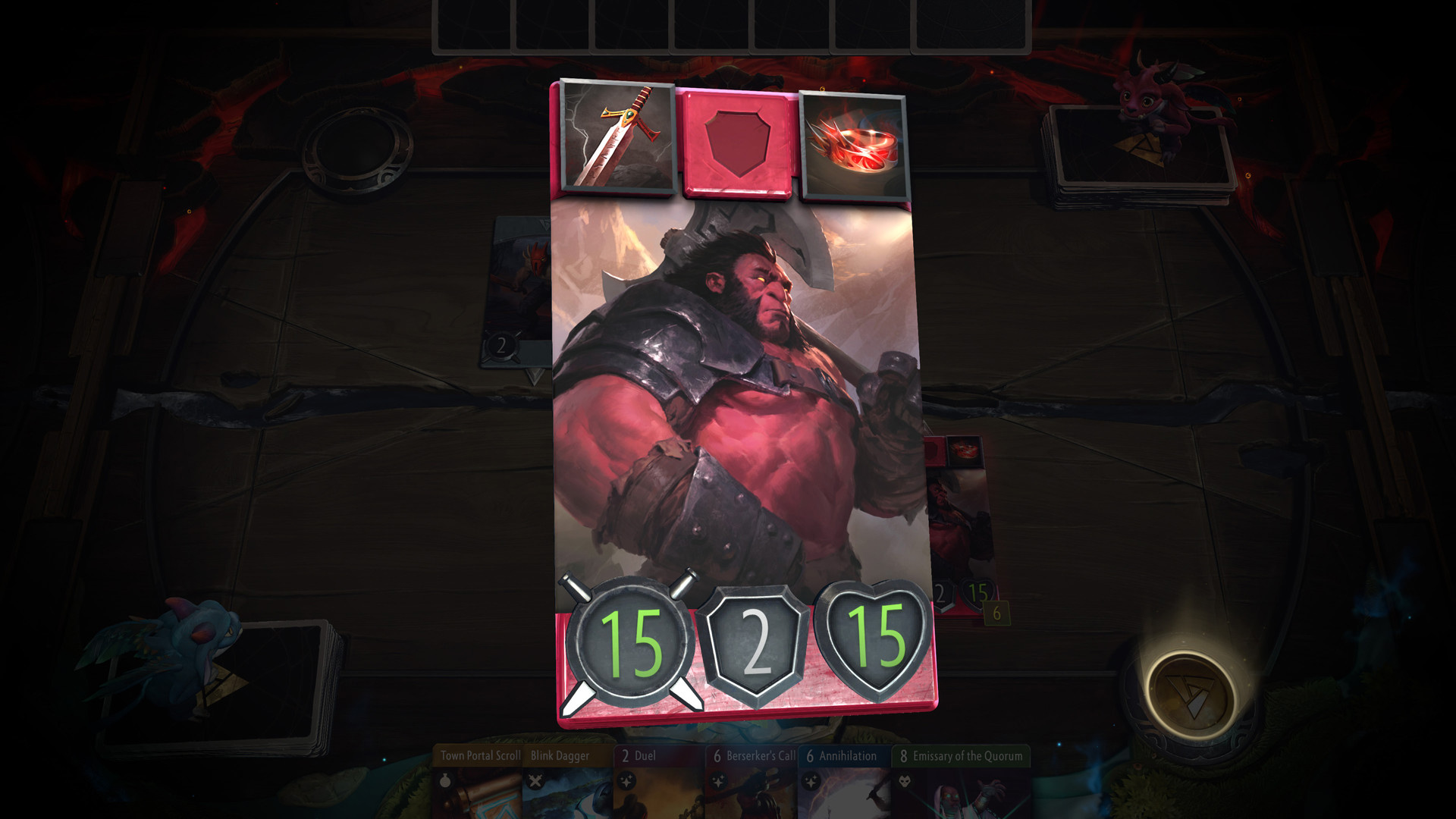 We all have an idea of what game we’d like to see Valve work on next, but for the time being, there’s Artifact — a Dota card game made in collaboration with Magic: The Gathering creator Richard Garﬁeld. Valve has confirmed a November 28, 2018 launch for PC (2019 for mobile) and a $20 price point.

The game will have a presence at PAX West later this month in Seattle. Convention attendees will “battle each other in a continuous, single-elimination gauntlet for the right to challenge a champion on the main stage,” according to Valve. “Everyone who plays will earn Artifact merchandise, including signed prints of artwork and two keys for free copies of the game when it is released.”

I want to slap a fake mustache on Darren and send him out to dominate. He’s our ringer.

As someone who’s not particularly into card games, I think the most interesting part of Artifact will be its economy and all that entails. Players can buy and sell cards on the Steam Community Marketplace.