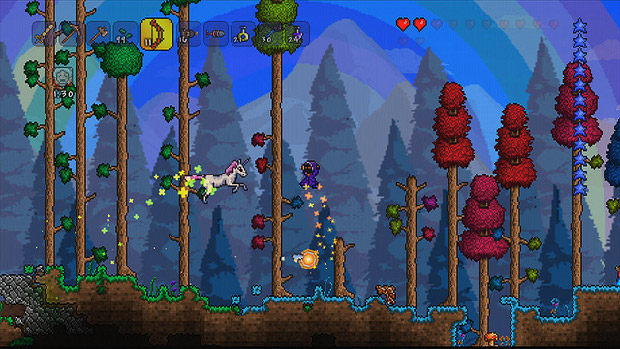 505 Games ‘overwhelmed by requests’ for the port

After hearing that a PlayStation Vita release for the wonderful sandbox-style action-adventure title Terraria was under consideration at 505 Games, I did not expect to hear a definitive “yes” or “no” to the idea of yet another port anytime soon. It feels good to be wrong.

In breaking the news on the PlayStation Blog, not many details other than the existence of Terraria for Vita were discussed, but the studio did confirm eight-person simultaneous online play. “We’re tremendous fans of the PS Vita system, and with its touch controls, dual analog sticks, gorgeous display, and robust online features, it seemed like a natural fit,” commented 505 Games producer David Welch.

This version of the game follows the recently released PlayStation 3 and Xbox Live Arcade ports. Welch summed up the news by saying “It’s almost like we never sleep!”