While I was a huge fan of Kirby’s Epic Yarn on the Wii, it was never a game I could really recommend that people play. The gameplay was overly simple, it was tough to actually die and the art style, while beautiful, really suffered for being on an SD console. It was a game I really loved, but a game that felt like a step on the road to the eventual Nintendo game I could more easily recomend.

To me, Yoshi’s Woolly World is shaping up to be the yarn based Nintendo game I always kind of wished Kirby’s Epic Yarn could have been. It’s HD, it’s fast paced and it’s less forgiving for core gamers. It’s the perfect blend of core gamer action and undeniable cuteness.

Yoshi’s Woolly World, much like past Yoshi games, is a platformer where you eat anything that moves, fire eggs around the world and flutter your legs like a child learning to swim. The biggest difference this time to the formula is the world being made of yarn, which influences the way the world is interacted with in cute and subtle ways. 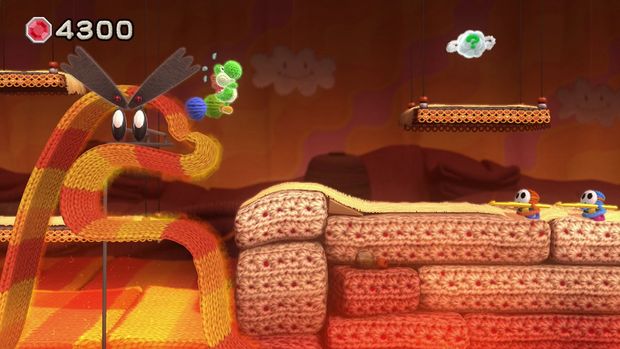 Threads can be sucked up to unravel the world, bouncing at blocks has far more of a soft spring motion to it than in the past, sections of fabric can be pushed away to reveal secrets and thread can be fired to fill in gaps in the world. While it’s the same core gameplay loop as past games, the new visual design is perfectly woven in to the mechanical changes.

Thankfully, unlike Kirby’s Epic Yarn, there’s some challenge and substance to be found here behind the cute design. Don’t get me wrong, Epic Yarn was a great game to play when I wanted to relax, but I sometimes want both beauty and challenge to come together. From collections of different sizes yarn balls that fire larger distances to the ways in which your co-op partner can be consumed and reused as a renewable yarn source, the game has enough tricks up its sleeve to remain challenging for some time. 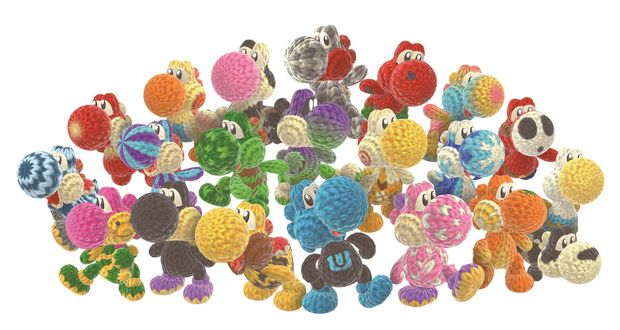 Another nice aspect of the game I came across while playing the game was the amiibo functionality, which turns your Yoshi into an unholy creation resembling whichever character you tapped onto the gamepad. Unlike many amiibo games, costumes unlocked by these amiibo will be saved so you can use them in the future without re tapping the figure which is nice. While some like Mario really creep me out, the Inkling Girl design actually looked really cool on my Yoshi.

Ultimately, I came away from Yoshi’s Woolly World really reassured about how the game was shaping up. It looks set to offer more challenge for core gamers than Epic Yarn did, while also pumping up the cute factor considerably. It looks adorable, I want it right now.