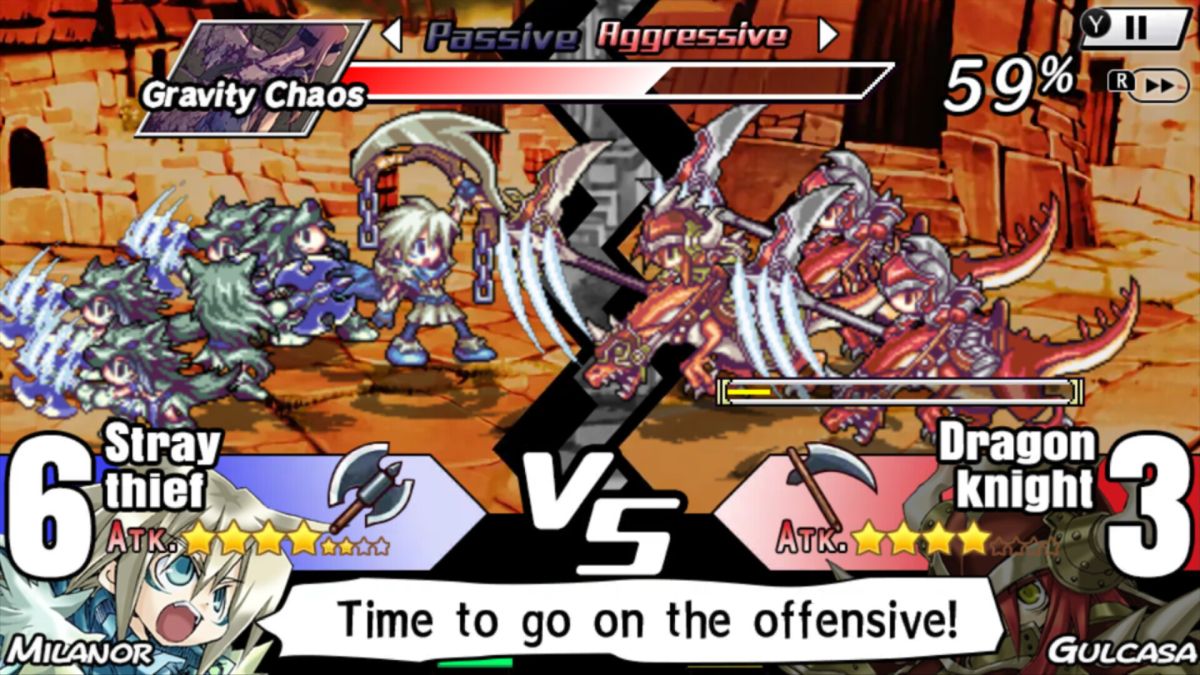 Handheld strategy classic Yggdra Union is heading to a new platform. Sting confirms today that it’s bringing the strategy RPG to PC via Steam on February 6, 2023.

Originally released for the Game Boy Advance in 2006, Yggdra Union is a top-down, turn-based strategy game that has you mixing and combining formations called unions to take down your enemy. While it received a PlayStation Portable port a couple years after the  GBA version, North America still hasn’t received its mobile or Switch port from more recent years.

With the Steam version, Sting will have full English support for the interface, audio, and subtitles. Sting notes the title is heading into Early Access, where it will be for about three to five months, as the team fixes bugs and adjusts features based on player feedback. Yggdra Union can be “played until the ending of the story,” according to Sting’s listing, and some adjustments will be made. The price of the game may also go up after Early Access.

According to the Steam page, there are also some special features in store for the port. An autosave function will let players quit out of battle and hop back in on their turn. And a rewind function is also being added, letting players undo actions as much as they’d like.

The Japanese and English voice cast can be readily swapped between, and there are some additional settings for Easy mode to help players out on that difficulty. It seems like a nice mix of modern functionality and approachability, which could be helpful for more recent fans of tactics and strategy.

Yggdra Union isn’t as well known as the likes of Fire Emblem, but it’s exciting to see this game make the jump over to Steam. It’s a neat slice of tactics history, and hopefully getting ported to Steam means it can be preserved for more generations beyond its original GBA launch.

Plus, with the Steam Deck in hand, it’s basically heading to another handheld. Yggdra Union doesn’t have any confirmation of Deck status yet, but here’s hoping it runs fairly alright on Valve’s handheld PC. Either way, Yggdra Union hits PC via Steam on February 6.