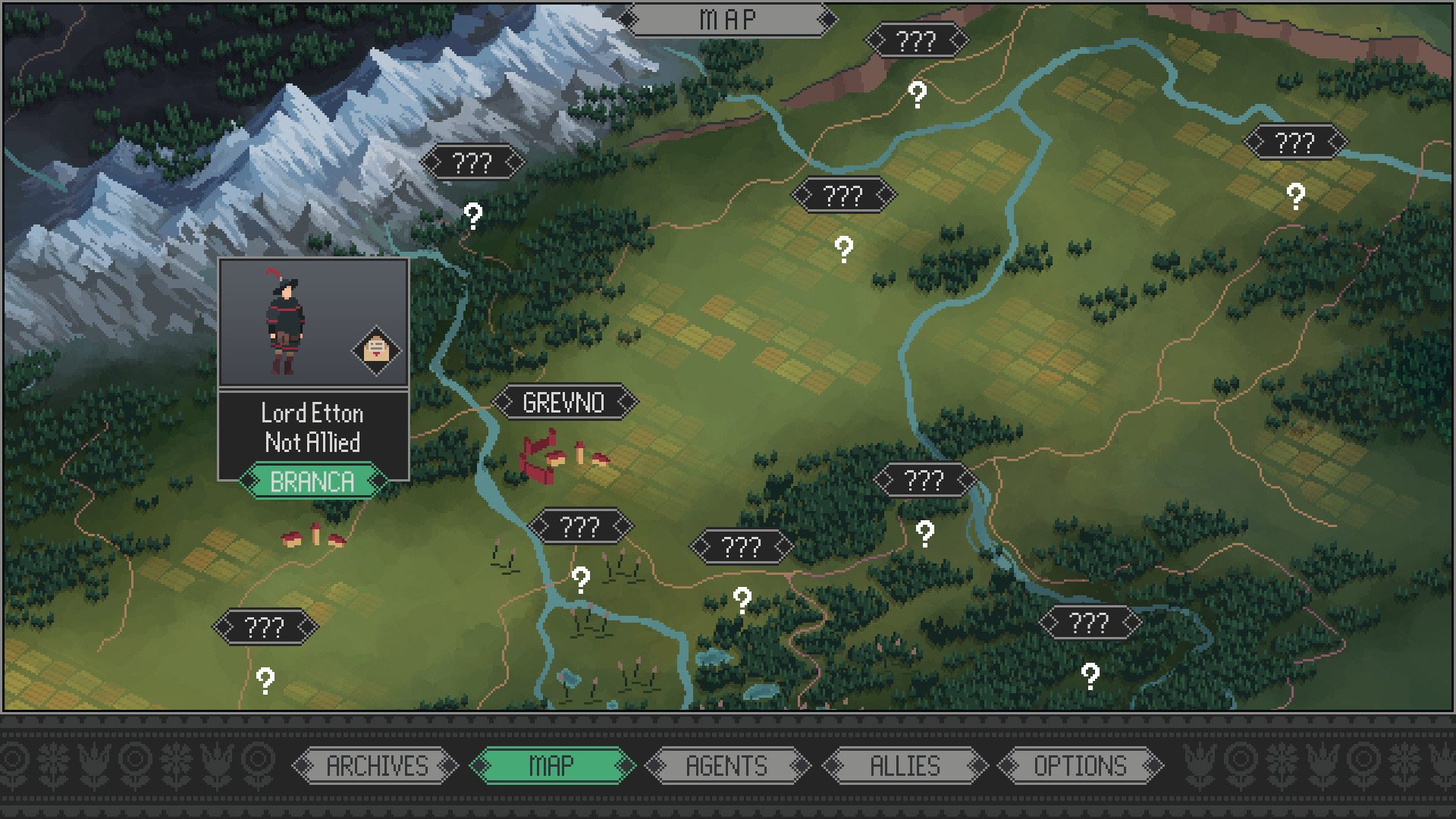 Yes, Your Grace is the kind of management sim that I think a lot of us could get down with. It’s the kind of game where you start out with the best intentions only for your cordial plans to go up in flames. As the ruler of a medieval kingdom, you’ll sit on the throne and decide who to help and who to hurt on a daily basis. “Supplies are limited, and not everyone has the kingdom’s best interests at heart.”

This trailer gives me some classic PC gaming vibes. It’s a great feeling.

Juggling resources and alliances sounds like tricky business, and I also appreciate that you aren’t just attempting to solve big problems. You have a family life, too. There’s a fantasy element – Slavic folklore-inspired monsters exist in this realm, and you can “hire witches” – but it still seems grounded.

The story is said to run six to eight hours. Apart from monarchical deal-making, the castle itself also comes into play. “Defenses cost gold, be they generals or ballistae for the castle walls, and everyone visiting will want something,” according to developer Brave at Night. “Improving your castle may be costly, but it’ll be vital to fight back the encroaching darkness.” There’s a hint of war in the trailer.

Today’s announcement is PC-centric, but after Yes, Your Grace‘s initial Steam release in 2020, it’ll come to “console platforms.” The developer is planning a public beta build for PC this November.