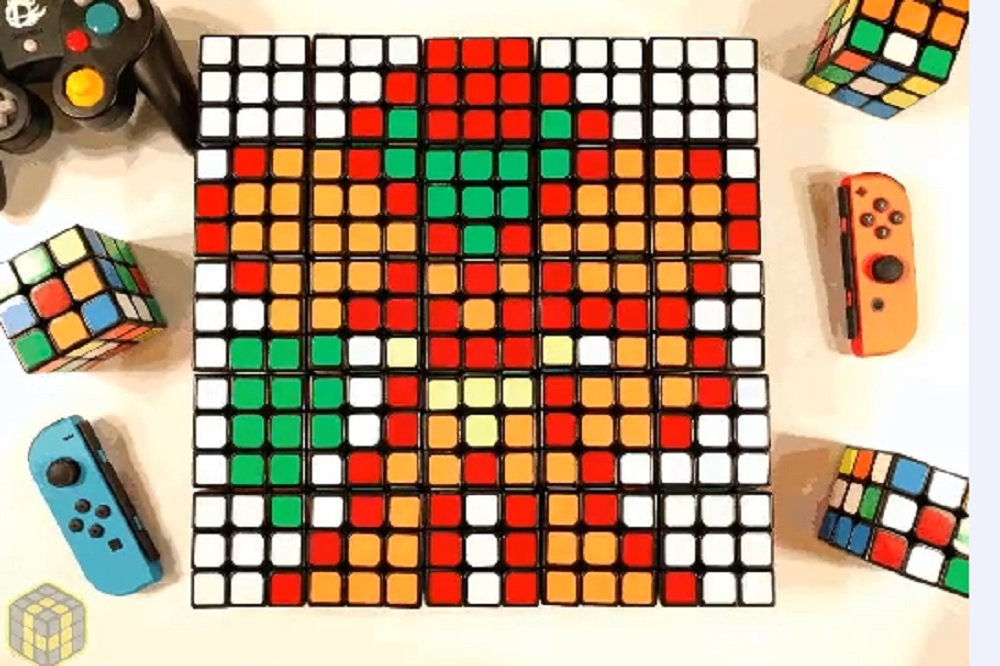 Yeah, I’ll take any sort of Super Smash Bros. celebration this week after the launch of Ultimate, a monumental achievement in the fighting game genre. We’ve already seen the amazing Sakurai amiibo in honor of his team’s achievements, but this Rubik’s Cube animation from TheGoldA also takes the cake.

Cycling through the “original 12,” the animation reminds us of the legacy of the series that started so many years ago in 1999. For those of you who haven’t been playing since 64, that’s: Fox, Captain Falcon, Link, Kirby, Mario, Luigi, Pikachu, Ness, Samus, Jigglypuff, Donkey Kong and Yoshi.

Nintendo keeps it real, starting players off with legacy characters before allowing them to unlock more fighters that span the history of the series. Yep, we still have unlocks in 2019! Isn’t it great (unironically, it’s actually great)

In honour of Ultimate, I animated the original 12 using Rubik’s Cubes from r/NintendoSwitch