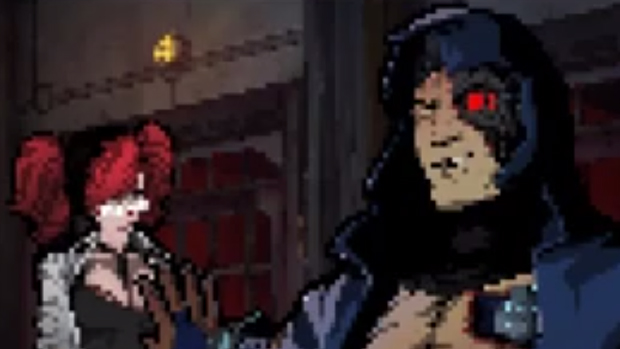 Tecmo Koei has released some details about a mode found in the upcoming Yaiba: Ninja Gaiden Z which presents cutscenes with chunky sprites and plays in a 2D scrolling mode, an homage to the original NES and arcade games from the franchise. Unlocked through progress in the main game, Tecmo Koei has stated that “Ninja Gaiden Z” mode will feature a high level of difficulty.

I still have no idea what to make of Yaiba. Part of me wants to appreciate that it’s not yet another overblown major franchise entry, none of which I’ve found to be particularly enjoyable since it went to 3D. And this mode seems designed to speak to that, but it doesn’t succeed in making the product feel more attractive. I can’t tell if I’m going to love it because it’s crazy and exciting or hate it because it’s confusing and base, whether what I feel about it is anticipation or dread.