Being at gamescom has its perks, especially when it comes to having the first opportunity to play a newly announced game. Or in this case, a new expansion so big that it’s essentially a new game.

As I’m sure you’ll understand, I made it a priority to get my strategy loving self in front of a demo machine at the show.

Those big-headed aliens? They haven’t gone anywhere. While I’ll never tire of blowing their bulbous heads off at close range, some more fire power to do so would be nice. Enemy Within brings that needed firepower a whole bunch of gameplay advances to the formula and lays them out in a story that’s actually parallel to the original. Someone up there in videogame heaven loves us.

Let’s get the biggest thing out of the first: Mechs. Or, in this case, MECs: mechanized exoskeletal cybersuits. And playing with them is as good as you’d imagine. They do big damage and can take big hits, making them a lot of fun. It’s good that they can take the hits, as they can’t really get out of the way fast enough. They’re big but they’re not too big — there’s a guy inside, after all. 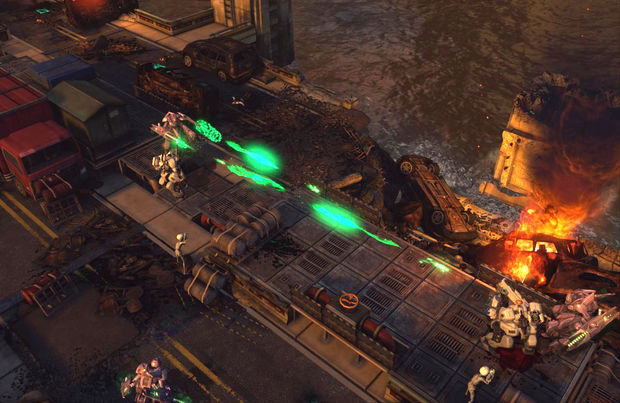 If an eyebrow raised at what MEC stands for, the other one will raise after my explanation. Enemy Within‘s MECs and many other gameplay advancements come from modification, namely genetic and cybernetic body modification.

Yes, it’s just as messed up as it sounds. Your soldiers can be beefed up in one or both of these ways, letting you tweak their body parts to your heart’s content. For example, you might need a sniper or two to get up top in a particular map. A genetic modification to a soldier’s legs would let them simply jump to the top of a high point for some instant snipe action — no ladders needed. Or. maybe drop in a brain modification to deflect psi powers. It sounds gross/mean, but hey, it’s not your legs or brain!

The MECs come in on the cybernetic side of this process. Your poor soldiers go through a modification to get mech’d up for battle. Again, it hurts them, but not you. A side benefit from these modifications is that your troop becomes a new hybrid class entirely, which greatly broadens available tactics. 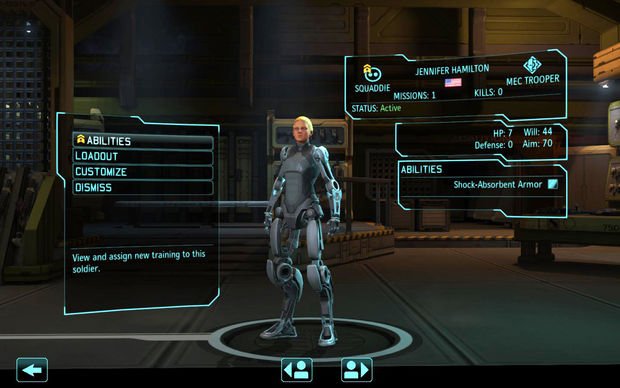 Being able to simply order up a convenient gene modification sounds like too much power, doesn’t it? The twist is that coming by the resource that lets you do this is not easy to do at all.

I didn’t have to go through as much of the work as a first-time player might as 2K had a map set up from farther in the game, complete with a soldiers that had already gone through modification. But even with that I still had quite a time getting to this required resource, called meld. This technical marvel lets you build up the ability for modification — after you collect it, that is.

My demo session had a glowing canister outpost of meld highlighted, sitting dead in the middle of the hot area of the map. All I had to do was run up and take it. But there were a couple of problems. First, aliens and their new MEC counterparts, Mectoids [we love that name, as you can imagine], lay in wait in the distance. And the meld pod itself has a countdown timer that lets you know that it’s only going to available for a short time before it goes kaboom. This puts the pressure on players like me, giving me a lot more to think about than the enemies on the map. 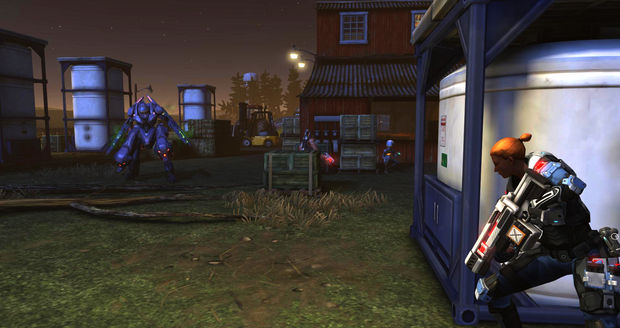 So what does this normally careful, highly strategic player do? I run right out there. And yes, as you’d guess, the solider that was sent to retrieve that meld died. And so did a supporter I sent out after him. The ones I sent to flank and one MEC held out for a bit when surrounded, but I eventually paid the price for being the rabbit that dashed out blindly for the carrot. I used some new tricks, like using the MEC to blow up cover, but I didn’t last long.

I kept looking over my shoulder to see if anyone was watching how badly I was getting smashed. Someone was. I winced.

But, in the end, I had one of those satisfying finishes where I barely survived. It ended up where I had crossed enemy lines, left only with one half-dead MEC and one standard solider, up against a really beefed up alien that hid in its ship up until that point. In a totally defeated mind state, I sent the MEC to soak up some hits, hoping he could maybe take the alien down before he died.  I had that remaining solider come up from the side and help whittle the alien down. Again, I barely made it out alive.

Was getting the meld worth it? I suppose it would have been if I could have continued playing past this single map. 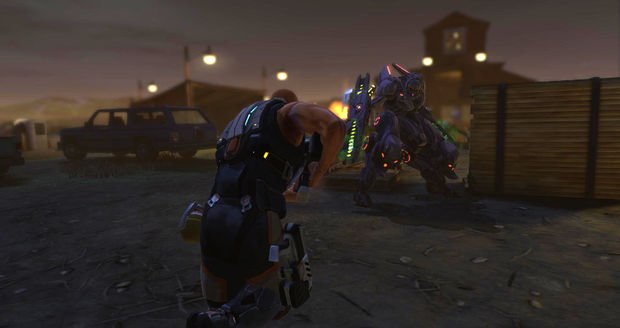 I can’t wait to continue playing past that single map.

What’s great is that this is just a taste of what’s to come for XCOM: Enemy Within. There’s much more where that came from, including new weapons, new abilities, new enemies, new maps, new challenges on old maps, and multiplayer. I want it all.

I know we’ll see and hear more leading up to the Nov 12 launch on for PS3, Xbox 360, Windows PC and Mac. My genetic and cybernetic modified body is ready.