Discount up to 25% off, Commander.

Firaxis finally let the cat out of the bag earlier today and has revealed the release schedule for Friday’s XCOM 2. If you’ve already pre-ordered, you need to launch your Steam client and get going on the 31GB download because pre-load is now LIVE.

Everyone else still on the fence about the thus-far well received game can browse our list of XCOM 2 pre-order deals below and mull on your decision while your eyebrow furrows. The deal isn’t as crazy as last week but they’re still pretty decent for near-release pricing.

At Games Planet and FunStock things are a bit more simple since GBP are being shown, so you can just work out the currency conversion math. Thus far we’re positive GMG is sending out keys already, though we’re pretty sure the other two retailers will be sending it out soon too now that pre-load and release schedule is out.

Update: If you don’t have a key yet from GMG via email, just login and check your game library for the key. Some people are reporting seeing it there before even receiving it in their email.

The release schedule for XCOM 2 could have been a bit more simple, but essentially it’ll be around Feb 4/5, depending on your region. Here are the unlock time: 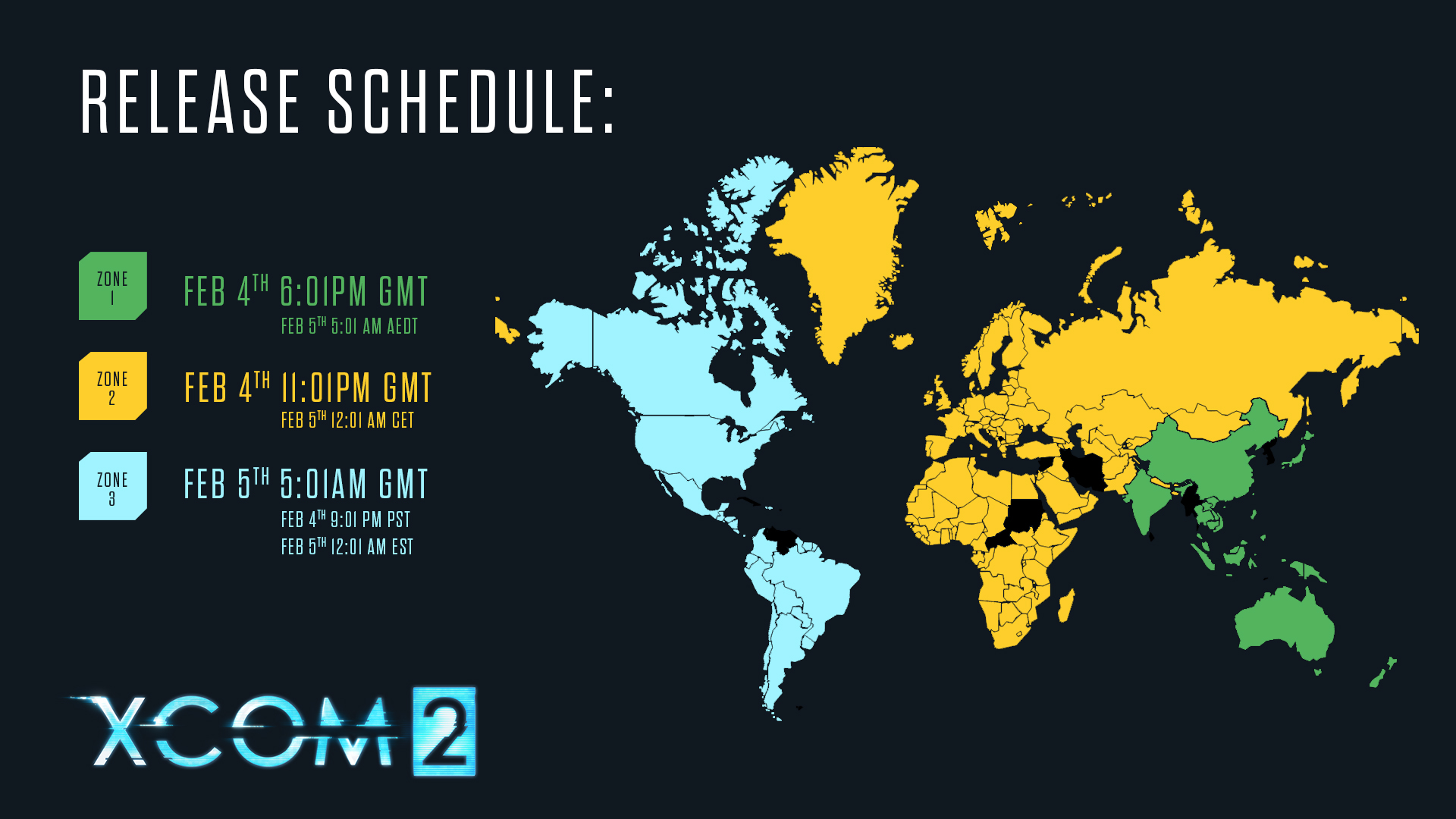 As long as you purchase before the release date above, you should still be able to receive the pre-order bonus from any of the retailers above, including Steam Store. Pre-order bonus includes the “Resistance Warrior Pack” which lets you customize your squad of resistance fighter with bonus outfits, headgear, and custom facial war paint (oooh spooky). The real meat in the bonus is the instant unlock of a survivor from the old war as a recruit in your barracks.