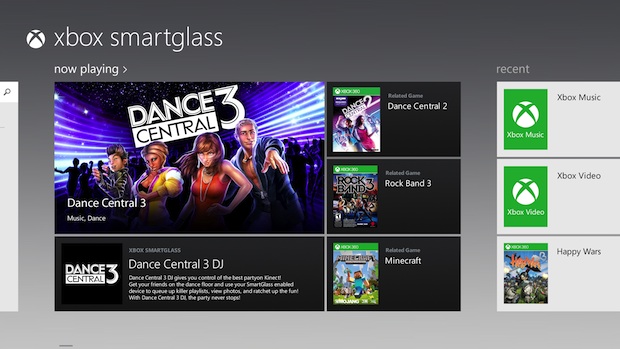 Handful of games supported at launch

SmatGlass lets your phone or tablet become the most connected remote control ever. Or, in games, turns it into a second screen. All this functionality goes live on October 26, alongside the launch of Windows 8, Windows RT and Microsoft Surface.

Microsoft has shared the first wave of partner games and apps we can expect to use with SmartGlass.  Dance Central 3, Forza Horizon, and Halo Waypoint are among the games supported in this first round. On the app side, some TV and sports outlets are supported. See the full list below, and check out screenshots of SmartGlass in action in our gallery.