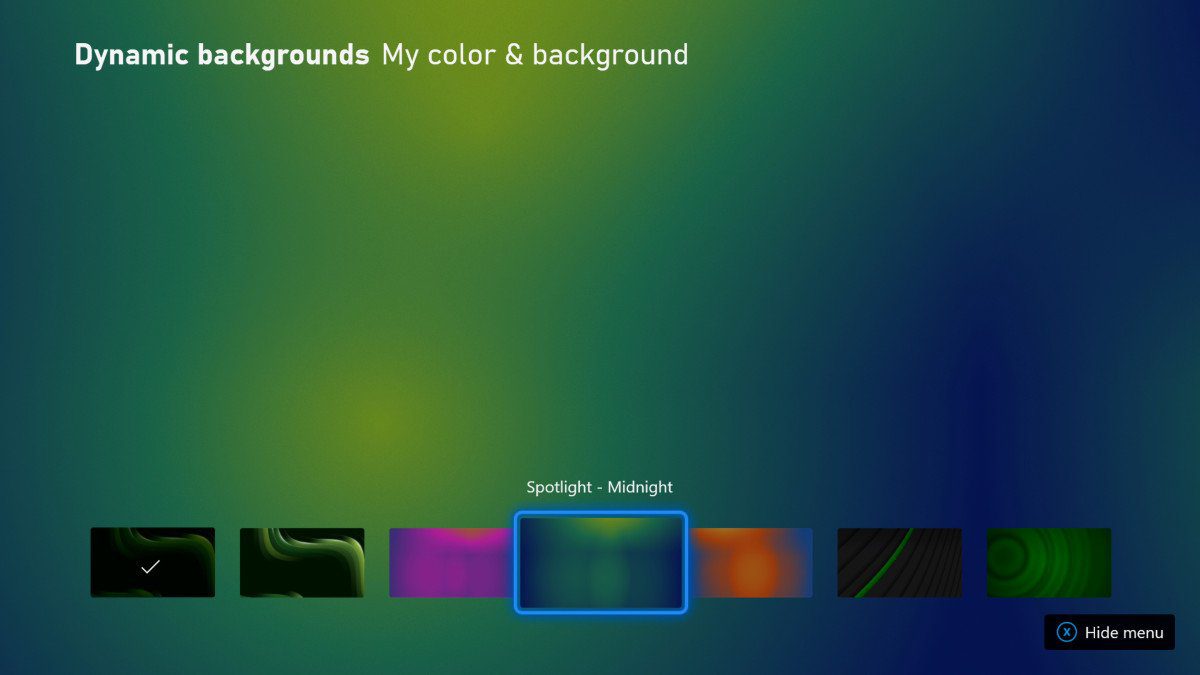 November 2020 update with no days to spare

Sony and Microsoft have taken wildly divergent paths in their approach to their new console’s first system update. Earlier this month, PS5 got an 800MB update that was simply detailed as “improves system performance.” Xbox Series S/X’s first update has begun rolling out now, and we know everything about it.

In a very comprehensive post, Microsoft outlined everything that’s new to Xbox Series S and X. The most exciting inclusion is dynamic backgrounds. The first smattering has six animated backgrounds that are mostly based off of various Xbox branding throughout the generations. This implementation opens the door for premium backgrounds based on various games. It’s something PlayStation has had for a long while now.

Here’s what the rest of the update does:

All in all, it seems as though Microsoft will take the same approach to updates that it took through most of the Xbox One’s lifespan. There will be a frequent cadence of smaller changes that steadily improve the console’s functionality. It means there’s rarely a time when there’s a hugely impactful update, but it also means the Xbox user experience is constantly improving slowly but surely.