Hands… er, voice-on with Xbox One

I had a chance to see exactly how Xbox One’s interface works with the Kinect sensor in a demonstration last week. After seeing several examples and even trying it out for myself, I came away impressed at how well the voice commands work.

From what I experienced, Kinect control over the UI, feature set, and in games is both reliable and powerful. I did not expect it to work as well as it does.

Here are a few examples. 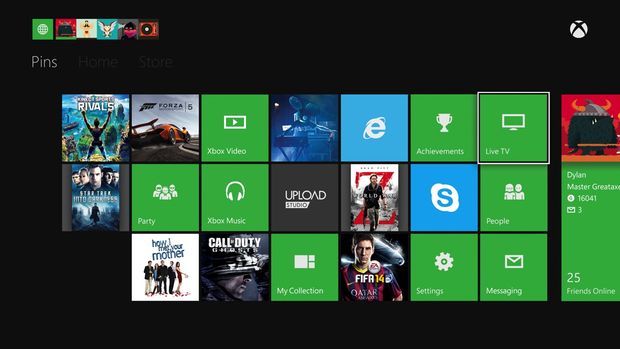 Much has been said about the all-seeing Kinect sensor camera. I saw the benefits of its always-on status immediately in the demonstration as Microsoft’s Jeff Henshaw was able to log into the Xbox One by just… well, being there. He pulled a cloth cover off of the Kinect sensor and the Xbox One immediately saw him and logged him in, changing the screen to reflect his settings, and populating the menu with his apps and data. He didn’t have to say or do anything for this to happen.

Everything you would need, from his most recently used apps to his friends list, were automatically listed up on his home screen. Henshaw’s most recently played game, Forza Motorsport 5, was placed front and center for ease of access. In the pin area, all of his favorite apps, sites, and music were placed.

A technology called beam forming lets Kinect triangulate the source of spoken commands. Whitten says that the beam narrows down to read a width of about five inches — about the width of a mouth — and this lets Kinect associate a command with a face and skeleton so that it ‘knows’ which person in the room spoke the command.

To demonstrate, Microsoft’s Jose Pinero entered the mock living room. By simply saying “Xbox, show my stuff,” the system switched the home screen from Marc’s to Jose’s, populating it with his favorites, pins, and more.

Users can go to any Xbox One in the world and sign in to have their preferences come up this same way. 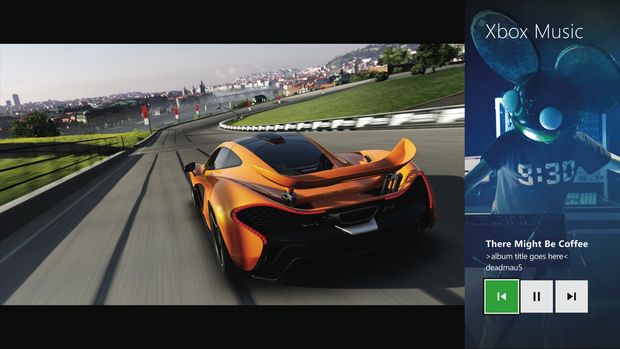 Getting into/out of the game:

Microsoft wants users to be able to get into their games as fast as possible. A demonstration had us jumping back into a stopped game of Forza Motorsport 5 from the home screen by simply calling out to the Xbox One. It loaded instantly, right where the user left off on last play. This is even more impressive when you consider that the user was logged out previously.

Of course, not every game would load this quickly. They have it so that the last game you played sits in this hot state, ready to be loaded back up instantly.

Getting out of a game is just as easy. While Forza 5 was open, we called out to the Xbox to switch to Internet Explorer, and in an instant the browser was loaded. We flipped through other apps to further test the systems reaction speed. Every other app — from television watching to Skype to the music player — loaded instantly upon voice request. No lag, no load times.

This works because the Xbox One was designed to run apps and games in separate spaces, with each having its own CPU cores and memory space. Your last game will always load quickly for this reason. As for apps, the last few you’ve used will continue to be at the ready. 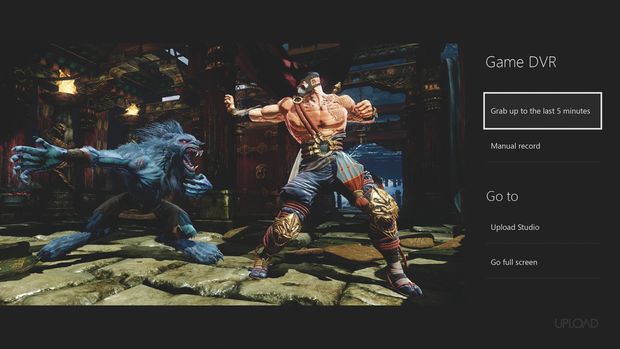 Putting the Game DVR features to the test:

I played a bit of Forza 5, doing my best to keep clean lines to impress those watching. Getting to a point that I felt a bit proud of, I was able to call out “Xbox, record that” to have the system record what I was doing. From here, the system gave me the option to share this clip or edit it.

We took the clip into the Upload Studio app. From there, trimming of the file, from 30 seconds to the last full five minutes, was possible. We pulled up a picture-in-picture effect preset and then filled the second box with taunting, using the Kinect camera. Other options let you add voice overs for walkthroughs, or add skins to your finished video.

We saved the video, and it encoded very quickly. Being on a broadband connection, it also uploaded to the Xbox servers very quickly.

The whole process — capturing, editing, and uploading — is very quick and simple.

I think that the ability to “snap” apps to the right side of the screen while watching television or playing games will be popular with Xbox One owners. You’re free to tell the system to snap just about any application to the side by simply telling it to do so vocally. You could snap an internet browser window to view a FAQ while playing an RPG, or the music player while playing a racing game. I like the idea of having Twitter snapped to the side while watching television so I can keep an eye on things. 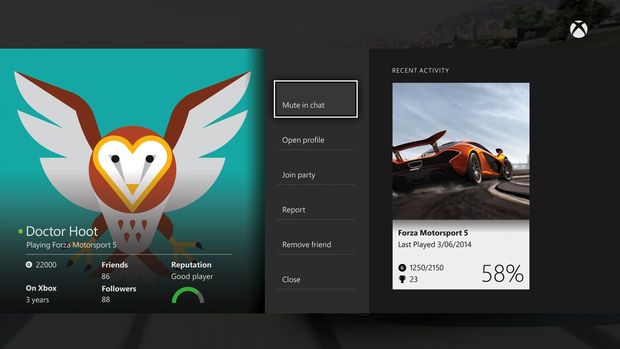 No one likes the idea of having to continually yell at your game system to get it to do things, hoping it will understand your commands. So many have expressed similar concerns since the Xbox One’s announcement.

I’m glad to report that the Kinect sensor and all the tech powering it makes controlling the Xbox One seem really simple. This was an in-house demo that Microsoft conducted, but I did get to try it out for myself, so it wasn’t like it was scripted or controlled.

Everything we tried seemed to work beautifully. Let’s hope things work as well when we get our Xbox One systems home later this month.