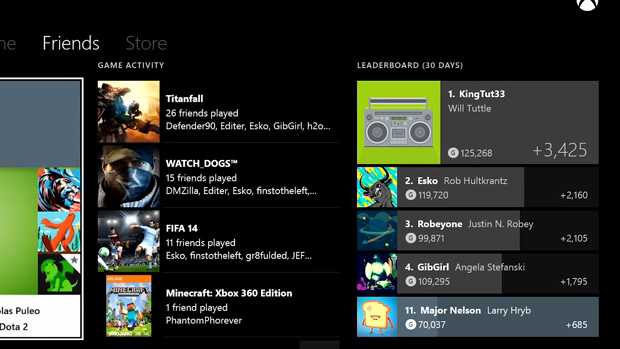 And a Gamerscore leaderboard for friends

Once the next Xbox One system updates goes live for all console owners in August, you’ll be able to buy, download, and install games and DLC while away from home using Xbox.com or Xbox SmartGlass. With file sizes as large as they are these days, that’s a welcome addition.

Beyond that, there’s 3D Blu-ray playback support, a low-battery notification for controllers, a monthly Gamerscore leaderboard among friends, and a longer, more fleshed-out activity feed that will allow posts to be commented on and liked.

The update will roll out in an early-access capacity soon before wide release next month.

What to Expect with the Next Xbox One Update [Major Nelson]