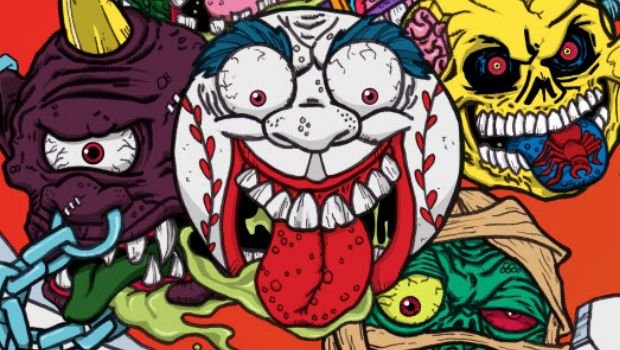 Microsoft finally clarified much of its policy on used games and online restrictions with the Xbox One, and the news is grim for those who actually believe in consumer rights. With its new system, Microsoft will take the final step in stripping gamers of their property ownership, and control every moment of their experience.

Making you check in every 24 hours like a groveling lapdog, restricting your ability to lend and rent games, and effectively pursuing the industry dream of keeping goods long after they’ve been sold, the Xbox One is a corporation’s fantasy machine that flips off the common end user.

The Xbox brand’s most vocal fans, those posting on Major Nelson’s blog, were among the first to react to the news, and even among such die-hards, the reactions weren’t pleasant. Gamers from all sides seem furious at Microsoft’s publisher-friendly, consumer-kicking policies, with only a scant few gathering the nerve to defend them.

Here’s what folks have been saying.

“Pretty much! A shiny liquid black blu-ray player that won’t be able to play games once they turn off the servers. I can still play my Playstation, 3DO Saturn, Dreamcast, Xbox, and older consoles no problem, but retro Xbox One is not going to happen. Essentially, they sell you a expensive box that allows you to play the games you “licensed” but not own, a box that needs MS to run or do anything, Forces you to use their service for a yearly or monthly fee, to get the most features out of the box, without the sales or prices of Steam on PC, and unlike steam, wont allow you to play offline for longer than 24 hours.

“It’s essentially a very corporate hardware version of Steam, without the benefits Steam offers, or the sales. It’s a corporate publisher dream come true, and its a consumer nightmare.” – Fear Monkey.

“This is a great day for corporate America and a terrible day for consumers. Guess we know who Microsoft’s “real” customers are.

“One thing I’m confused about, is why Major Nelson and Microsoft acted like what Phil Harrison said in the interviews on May 21st were incorrect and all the rumors were misrepresenting the truth. In reality, it was all true and accurate. Why even bother lying just to admit it two weeks later?” – UNSCleric.

“Would have been so easy to fix with a small alteration: online check not needed if the user inserts the disk.

“As it stands, no way. I have suffered with SimCity enough to know that this is a terrible platform.” – arrow22.

“There will be a lot of lost business from those in the military. When you are forward deployed, either boots on ground or on a ship, one of the most common things to do with your free time is play video games. You can’t expect soldiers and sailors to buy this system if they aren’t even going to be able to play it. There is no way for them to be able to connect it to a network.” – Seth Simmons.

“So absolutely no benefits to me as a consumer, a chart just to know when and how I can play, destruction of personal sale, tear down of physical media preservation, AND a requirement to authenticate. Good job.” – Matt Paprocki.

“The more I read about the Xbox One, the less I want one.” – CyberSkull.

“1. Thank you for compiling this overview of the points that were woefully unclear during the Reveal Conference, it is greatly appreciated.

“2. I no longer see myself purchasing your console in the future

“To those making cute excuses about the 24hr. sign in requirement: It is not only a matter of solidarity with those who don’t have a stable connection, just imagine that Microsoft has just informed |every hacker group out there| that to piss off |all| of their customers all they need to do is hit MS’s servers for 48hrs.

“If the powers that be at Microsoft can’t understand how bad an idea this is then words cannot describe how myopic they are.” – R Moss.

“What truly blows my mind is MS willingness to shift the balance of power so completely from themselves to these major publishers. Publishers that have already more than proven their disdain for their own customers.” – Adam Stamos.

“So MS is saying if my internet is broken for longer the 24 hrs than my XBox One just becomes a fking TV remote ?! WHAT THE FK!!” – h2h.

“Hey, thanks for making this decision much easier for me, Major. Since I’m going to be screwed by anti-consumerism and the destruction of the First Sale Doctrine either way, I’ll be leaving the Xbox Brand behind in favor of PC.

“At least on PC I can get games on mega sale, deploy developer sanctioned game extending mods, and have better graphics and data management. I’ve been an Xbox owner since day one of the first console (ah, memories of Oddworld: Munch’s Oddysee) but no longer.” – Captiosus.

“I can’t believe there are people brainwashed enough by Microsoft to be fine with this news lmao. This is one of the shadiest and most money-hungry / power-hungry things I’ve ever seen a corporation try and do in this industry…this is absolutely pathetic and disgusting.” – Johnathan.

“What I hate the most is this constant pushing of Kinect that none of us really want. They say we can turn of all of the features and not be required to use it, great! So why the hell do I have to have it plugged in then? It makes NO sense. I don’t want it, I don’t like it and I never will. And I really don’t trust MS to not sell my data, so their word means nothing to me. I feel this is being overlooked and it shouldn’t be, it’s a disgrace.” – LittleSaintGopher.

“You know what will be hilarious? When this console gets hacked and its your paying customers that are inconvenienced.” – Hein.

“Why do you allow used blu rays Microsoft?! Please think of the movie industry families living in dirt houses! Fix this!!” – NoBullet.

“I thought I would never say this, but I’m sony playstation.” – Some guy called Sony PlayStation, I think.