Microsoft have decided which Xbox One will be the first released on launch day, and that special console is being guarded by sharks. Yes, you are reading that correctly. Go ahead and take a moment to let that sink in.

New Zealand is pretty close to the International Date Line, so it will be the first country releasing the Xbox One on November 22. Xbox New Zealand decided it would be fun to take the first console and seal it inside a shark tank at Kelly Tarlton’s SEA LIFE Aquarium, which is in Auckland. Then on launch day they will fish it out and hand it to the person who manages to be the first Xbox One owner in the world. 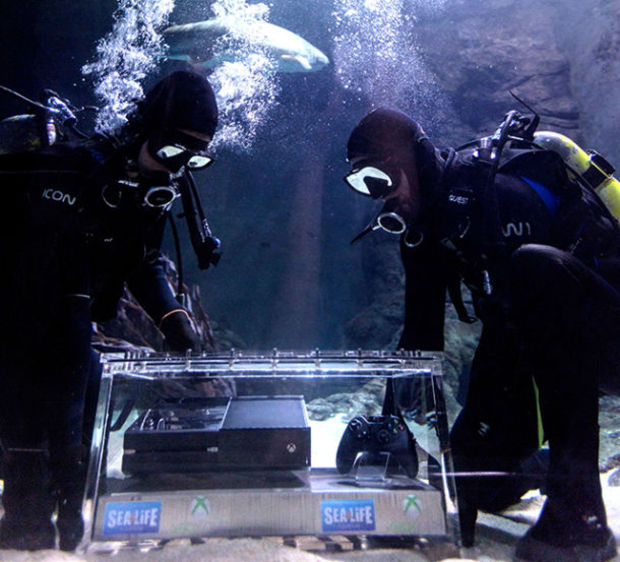