First specifications for the new console

Microsoft explained today at its “New Generation Revealed” event what you’ll be getting when you pick up your shiny new Xbox One. On offer are USB 3.0 support, Wi-Fi Direct, a Blu-Ray drive, native 64-bit architecture, HDMI, and a 500 GB hard drive. The Windows kernel will be used to smooth the transition and enhance the hardware experience.

With 2 Gigabits of data processing per second, Microsoft promises “rocket-science level stuff.” Overall, it’s pretty impressive. Of course, we’ll want games to go with all that power, but I have to say, the ability to near instantly switch apps is already enticing enough, compared to the sluggish UI of the Wii U. 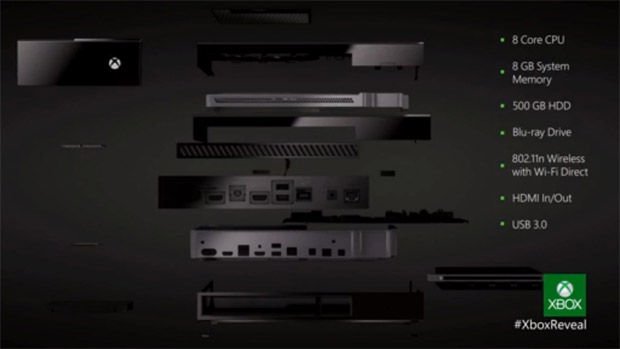