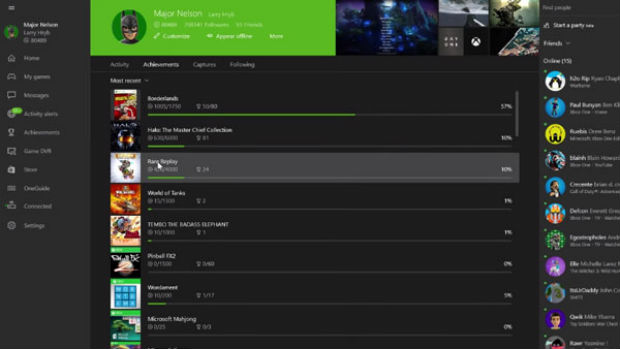 Previously, Microsoft locked out the option to stream 1080p60 from your Xbox One to your PC by default, but as of today with an August update for the PC Xbox One app, everyone can just click the “Very High” option. Other enhancements include a “recently played” menu, easy achievement comparison tools, and a grid list of all of the games you own.

I’ve been using the Xbox One to Windows 10 streaming feature quite a bit actually, and I’m surprised with how well it works.