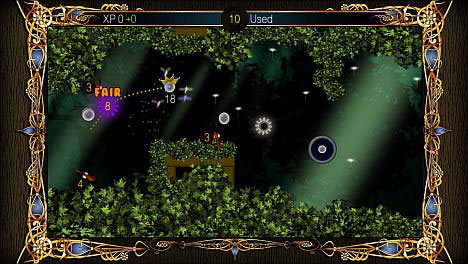 The new Xbox 360 Dashboard update is right around the corner, and it isn’t just wacky Avatars and March of the Penguins streaming off of Netflix over at the land of Microsoft. No, no, no! Microsoft wants you to remember just what the Xbox 360 is about — the Xbox LIVE community and, of course, videogames. So what better way to return the focus on the community and on the games but by bringing in both the press and LIVE members to play games coming to the new Xbox LIVE Community Games Channel this fall?

Many of you will remember that XNA was announced in 2004; so for the XNA development staff, it’s obviously a big deal to finally have the games that they helped get through the door finally reaching the gaming market. It’s also a big deal for gamers, who get to see games brought to their consoles through the peer-review system of the Creator’s Club community, so we might also see games that have an expected level of polish right off the bat.

It’s kind of cool how Microsoft is going to bring these games to the regular “Joe the Plumbers” who just want to download a quick game to spend a couple of hours playing. All of the community games are going to be under the new Xbox LIVE Community Games Channel, but can also be found under the “My Games” portion of the new dashboard. There are three price points to choose from when buying, which is set by the developer, not Microsoft. Which is important, as Microsoft is going to be giving 70 percent of the profits of a community-developed directly to the developer, which is yet another initiative to make a good game.

Devlopers can choose from the 200, 400 and 800 Microsoft Points prices for their games, but they still have to work within a 150 MB file size. (Games that come in at the 200 Microsoft points, however, will have a 50 MB file size limit.) Also, for you achievement whores, no community developed game will support Achievement Points. So if that’s an issue for you, go back to abusing Avatar: The Last Airbender by yourself in a corner.

For those still sticking around, there is a bright spot in this problem — many games are being developed with achievement points in mind. If a game becomes popular enough, Microsoft employees at the event told us there’s no reason a sequel couldn’t t come as an Xbox LIVE Arcade title.

Among the games Microsoft displayed included the latest winners of the Dream-Build-Play 2008 competition. For those who’ve forgotten, fan-favorite The Dishwasher: Dead Samurai won the 2007 Dream-Build-Play competition. Creator John Silva not only received $10,000, but he also got a contract to bring his game to the 360 as a full-featured Xbox LIVE Arcade title. Now that many indie developers have spent the last year working with the XNA development software, the competition appears to have been even more heated, especially considering they were competing for anywhere from $5000 to $40,000 in prize money, as well as the chance to be published as a full XBLA title. 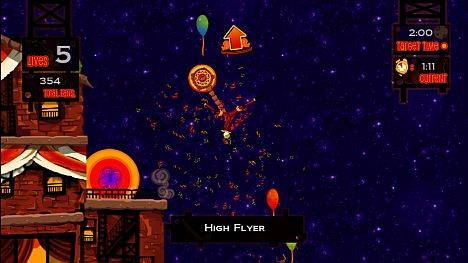 CarnyVale: Showtime won first place in the Dream-Build-Play 2008 competition, and its developer, Singapore-based Team Gambit, received the $40,000 grand prize. If I’d say so myself, they deserve it on visuals alone. The game, which involves swinging an acrobat clown between rotating pegs — with claws that the player controls —  looks and sounds lovely. 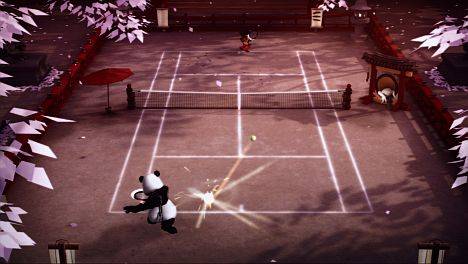 The second place winner was the Battle Tennis, a game developed by a guy named Jose Alberto Gomez and some teammates out of Venezuela. Third place went to American game Weapon of Choice, a side-scroller shooter like Contra with some very interesting gameplay mechanics that change depending on what character you play as. 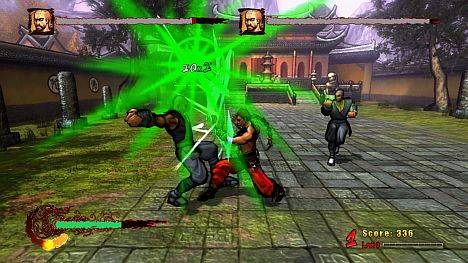 Finally, the Chinese HurricaneX, a  heavily cel-shaded Chinese-style beat ’em up, won fourth place and $5000. Canadian game Blow and the South African Save Jack rounded things out, each with honorable mentions. 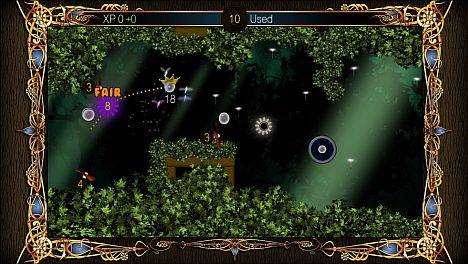 All six of these games had one element in common — they looked really good. That was a common theme among many of the XNA-developed games; plenty of the games demoed had art design and sound elements better than many other downloadable games, Arcade or otherwise. For example, Artoon, a simple game about bouncing a ball onto platforms, had six different level themes, and each one rocked artistically with different designs. Pixilated, cel-shaded, whatever — the game looked hot, and had the best retro-throwback tunes I’ve heard in a while. 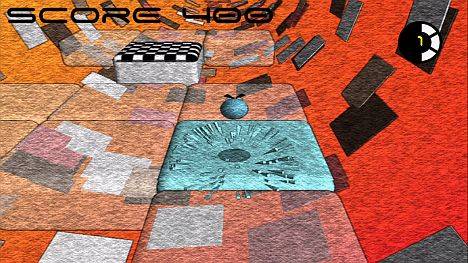 Other games to note include An Awesome Game (or A.A.G.), a side scrolling shooter with watercolor backgrounds and boldly outlined characters. The main character is even an amnesiac for fans of well-worn cliches; but with some minor RPG elements, the game holds promise. 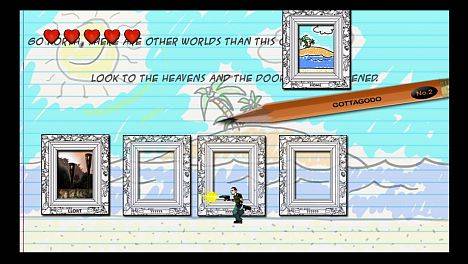 Streets of Fury is a crazy beat ’em up like Sega’s Streets of Rage, but the entire game is made up of digitized video footage and pictures. So all of the background textures are just pictures of buildings and the fighters are just some pasty French dudes punching and kicking. It sounds awful — and in some ways it looks awful — but when you see it in action, it looks like a YouTube version of a videogame. In a weird way, it’s kind of charming. 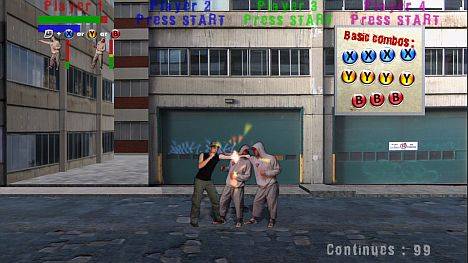 Finally, I can’t forget Colosseum. This was the first game I played that night, a gladiator combat game by Swedish developer ShortFuse. They are big fans of Destructoid, which was readily apparent when I stumbled a very familiar playable character: 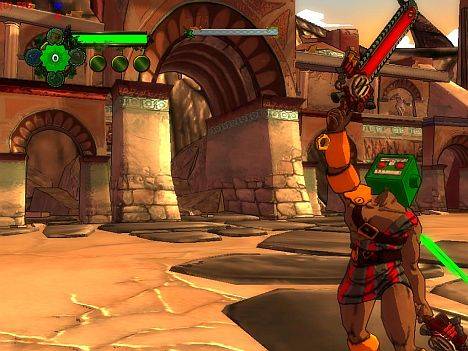 More on that later!

So what’s in the future for XNA?

“If there’s a device that we think is going to be interesting for gaming,” Chris Satchell, General Manager of XNA told us, “and it’s a Microsoft OS device — whether it’s PC or mobile phone or whatever — you’re gonna see, sooner or later, we’re probably going to bring development to it.”

Finally, let’s not forget that on October 30, the XNA Game Studio 3.0 was released, bringing with it a slew of updates including Visual Studio 2008, C# 3.0, and LINQ, as well as increased support from tool developers Softimage and GarageGames. All this means is that XNA developers have more tools to work with and better support to make their ideas happen.

And with an already high level of quality seen in some XNA Community Games set to launch on November 19, this can only be a good thing.