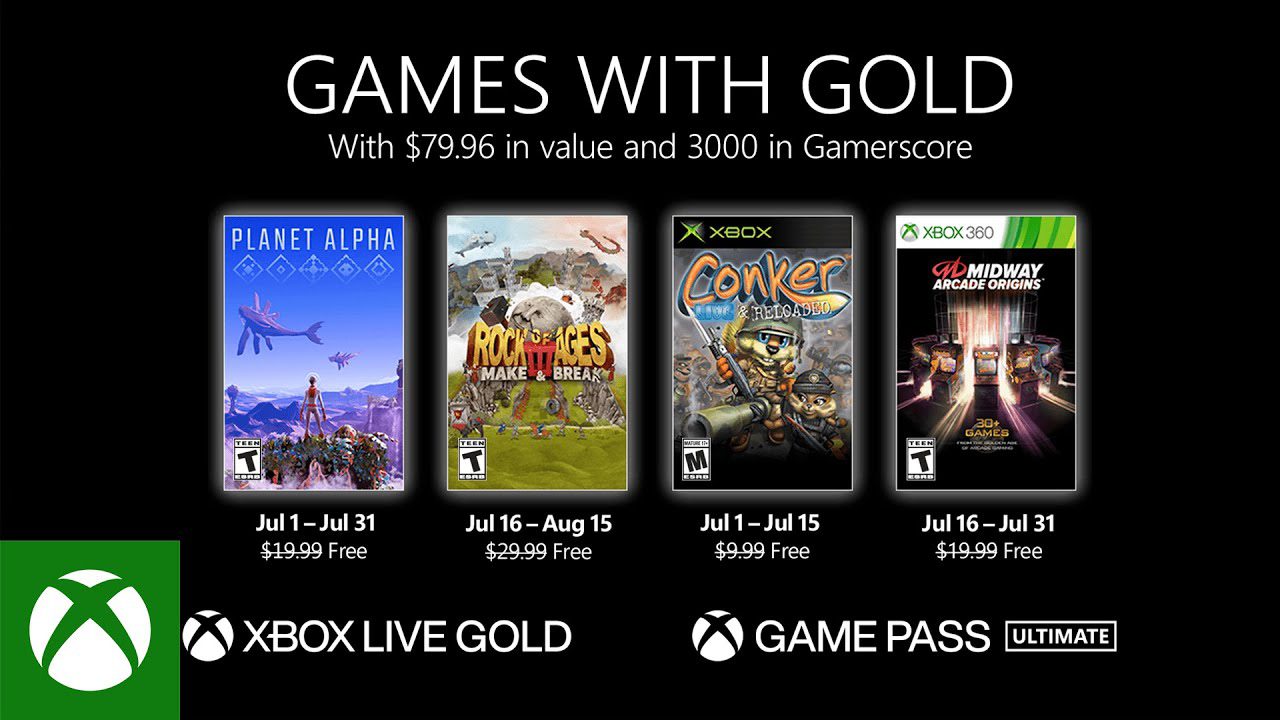 A bit of a throwback month

The new Xbox Games with Gold lineup for July 2021 has been announced, and it’s a strange collection of oldies.

Conker: Live & Reloaded is the obvious standout, as an original Xbox game. Midway Arcade Origins brings a medley of old classics like Gauntlet and Defender, Planet Alpha seems like an exploration-survival game set on an alien planet, and Rock of Ages 3: Make & Break adds some zany comedy to the mix.

With an original Xbox game in the lineup, it’s certainly an odd set of games for Gold subscribers. Most attention is on Game Pass and its recent Cloud Gaming expansion, but it’s always a nice surprise to see Xbox still supporting this aspect of its service.

Here’s the links and dates for July’s Xbox Games with Gold: