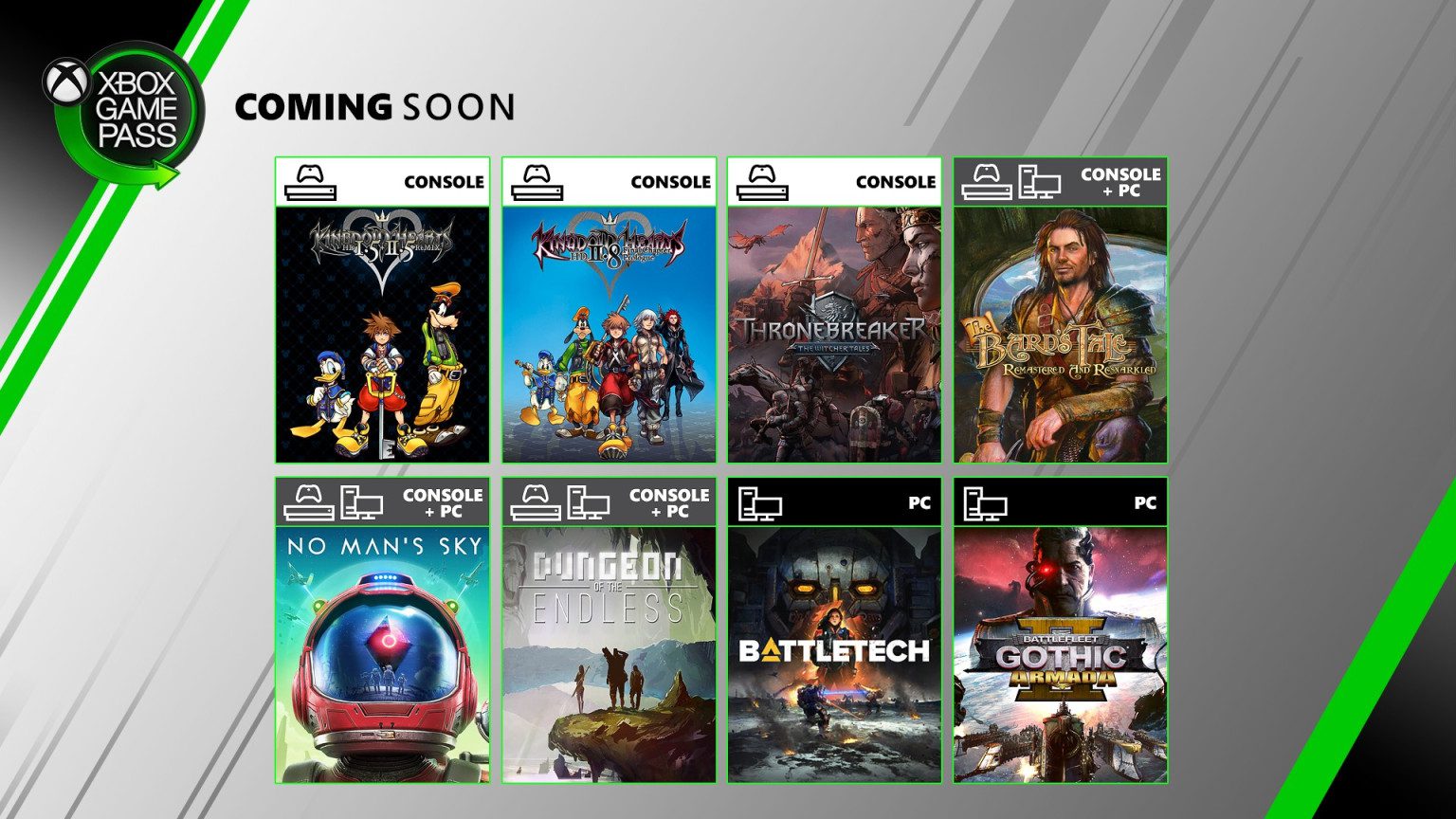 Also, Battletech and No Man’s Sky are big gets

June is easily one of the best months for Game Pass in recent memory. On top of the previously announced No Man’s Sky, Microsoft is also adding nine Kingdom Hearts titles in the mix by way of Kingdom Hearts HD 1.5 & 2.5 ReMix and Kingdom Hearts HD 2.8 Final Chapter Prologue: two confusingly named collections.

This is a pretty huge moment for Kingdom Hearts fans, as they have access to nearly the entire series on tap. But I’m also thinking about the impact on brand new fans, who never wanted to spend a dime on this crazy ride and can now experience it for the first time. I can just imagine the looks on their faces once they start it up, keen to jump into magnificent sprawling Disney worlds, only to be met with “darkness hearts, hearts darkness” banter.

Other June Game Pass additions include the fantastic strategy-based Battletech, as well as Bard’s Tale Remastered, Battlefleet Gothic Armada 2, Dungeon of the Endless and Thronebreaker (a Witcher joint). You can find the full list of games coming to Game Pass in June below. Note that Microsoft is now lumping console and PC Game Pass titles together: so don’t freak out thinking that Kingdom Hearts is coming to PC or anything!