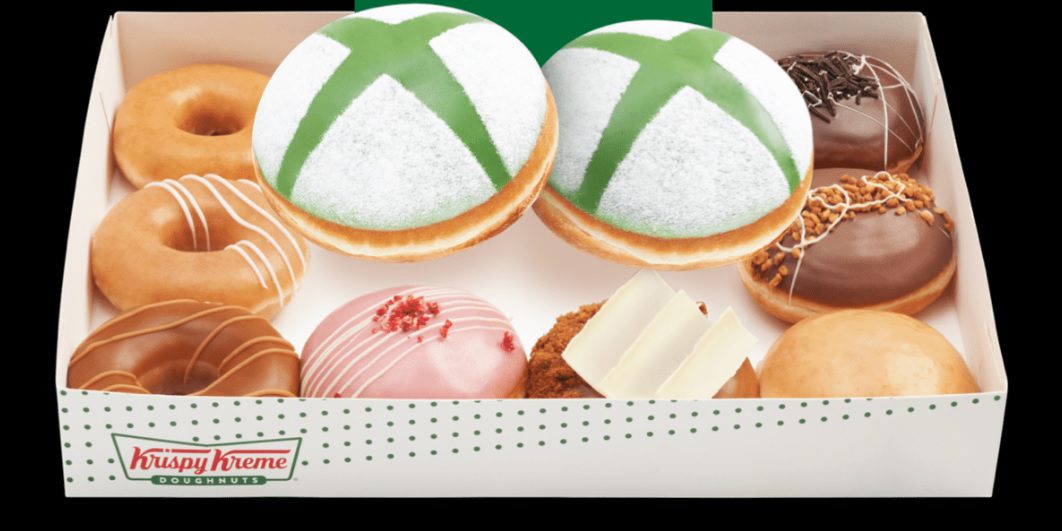 Will probably be received better than Xbox One

Krispy Kreme UK is teaming with Xbox to produce a limited edition donut based upon the latter’s famous marketing logos. “The Nexus Level” donut will be made available in British branches of Krispy Kreme or via online delivery between August 2 and August 22.

According to the sugar-meisters, Krispy Kreme’s The Nexus Level donut features “irresistible light and fluffy dough with a rich and gooey brownie batter, dipped in icing and decorated with the iconic Xbox Nexus design”. It’s actually a pretty impressively designed snack, though I’m unsure whether the in-store edition will be quite as perfect-looking.

“Gaming and doughnuts have been two great ways for connecting people and bringing joy during the last year, it felt natural to bring the flavour and joy of games together in an edible form,” said Krispy Kreme marketing manager Rachel Chapman, in one of the strangest statements I’ve ever reprinted.

As an additional tie-in offer, the purchase of 12 donuts will also bag you a month of Xbox Game Pass, and entrance into a prize draw to win an Xbox Series S console. Krispy Kreme also released an amusing promotional vid, which recalls the Xbox One’s “Project Scarlett”, commercials. Frankly, I’m surprised Xbox wants anybody recollecting those troubled days.

Welcome to the next generation