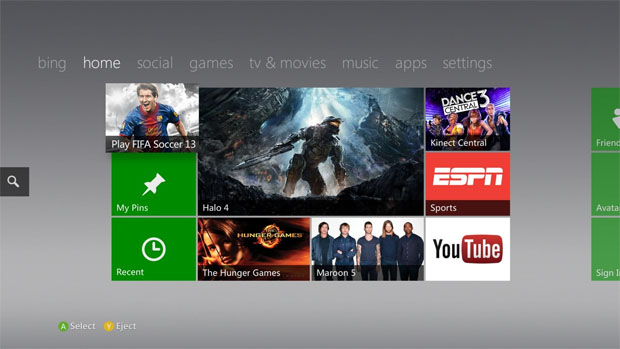 A number of small issues fixed

Microsoft has released an update for Xbox 360 consoles today, so be prepared to have to download an update the next time you connect to Live. According to company mouthpiece Major Nelson, the patch corrects errors in a few of the console’s multimedia applications, including Xbox Video closed-captioning, incorrectly displayed playlist names affecting SmartGlass users and some unnamed issue with Xbox Music.

The only problem I’m having with my dashboard at the moment is the “Pin to Home” feature. As a guy who has a stupid amount of stuff downloaded to the console, I cheered a bit inside when I saw that the latest dashboard update added a screen (accessible from the home tab) where I could put shortcuts to games and apps I use often. What’s weird is that about 90% of the times that I’ve tried to “pin” an application, the icon for “please wait” just sits and spins, which is kind of what I feel like telling the console to do when this happens.