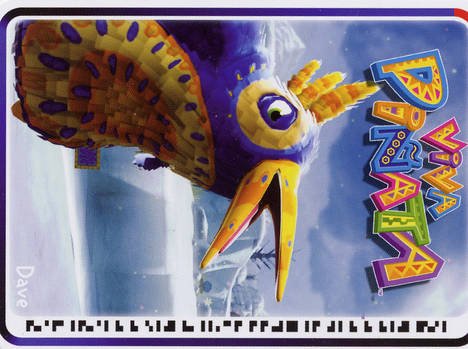 I’m not going to lie. I was so lost when trying to play Viva Piñata: Trouble in Paradise. It’s not my type of game at all, and I felt like a fish out of water trying to play it in the time allowed. So instead of a normal hands-on deal, I’m just going to lay out some of the new features that this Viva Piñata will have:

Hit the jump for the really awesome LIVE Vision integration and the new real-life card system that I was actually able to understand and go into much greater detail on. 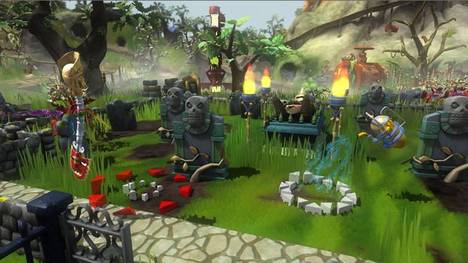 Probably the coolest aspect of the game is the LIVE Vision camera integration. On hand with the demo were a set of Viva Piñata cards. All the cards here had different Piñatas on the cover of the card with a bar code on the side of the card. You can take a card and then hold it in front of the Vision camera, which will then transfer whatever is on the card straight into the game. Besides Piñatas, there will also be environmental cards that change the time of day, the weather and more.

Now before you go yelling “ZOMG POKEMONS RIP OFF”, it’s not. Rare is not going to force players to buy cards here. You can actually point your Vision camera at your PC monitor at a picture of a Viva Piñata card and the game will read that. Print it out on a piece of paper, put your Zune/iPod in front of the camera, whatever. So long as the bar code is readable. The point here is that it’s supposed to be a just a little bonus feature.

The game looks to be trying to reach out to a bigger audience with some of the new tweaks and additions. Obviously, I wasn’t able to spend as much time as I would have liked in order to form a proper opinion, but there’s a good chance of a demo coming out, so you can at least give it a try before you buy it.