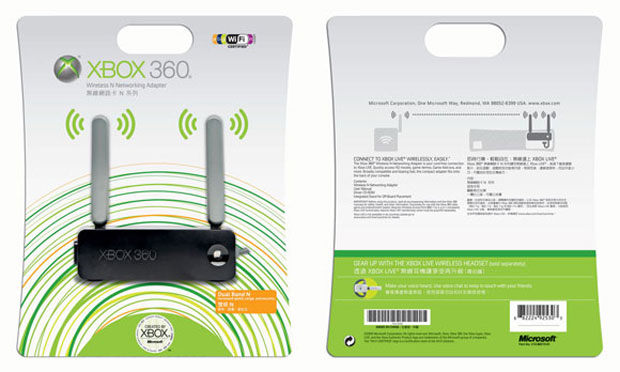 Microsoft’s upcoming Xbox 360 802.11n adapter has been priced and dated by GameStop — get it on November 3 for $99.99.
This new, faster wireless adapter won’t be replacing the current adapter, however. It looks like that older adapter will still be available… but the price hasn’t been dropped. Yet. Still $99.99. We can only hope for a price drop, because two antennas is clearly worth more than one antenna, you know what I mean?
Was anyone who needed a wireless network adapter for their 360 waiting on this N model?
[via Joystiq]