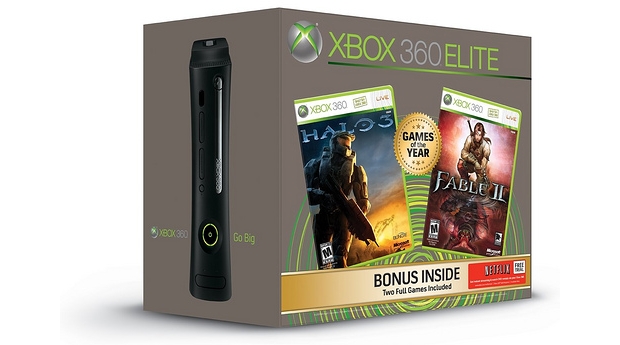 Looks like the rumors were true. This morning, Major Nelson announced the Xbox 360 Game of the Year Bundle. It’s a smorgasbord of awesome — especially if your console has E74’ed recently — that consists of an Xbox 360 Elite, a copy of Bungie’s Halo 3 and Lionhead Studios’ Fable II for the sweet, sweet price of $399.

If you’re thinking that’s expensive, you’re completely right. But it’s not as expensive as buying those two games and an Elite at the same time. In fact, it’s the same price as any normal Elite unit. Groovy, man.

The bundle will be available in May, so keep your head on a swivel for the deal. Unfortunately, I already took the new Xbox 360 plunge earlier this year and I’m not ready to shed more dough. Are any of you thinking about cashing in on this bundle?