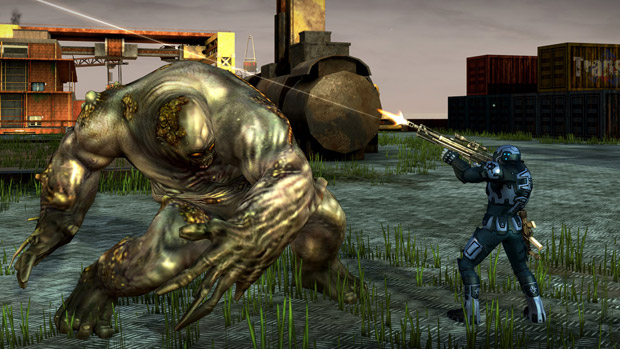 With a slew of release dates being revealed at X10 and Crackdown 2 one of the few games not included, I was more than a little bummed out. But then, approximately five seconds later, a ton of new screenshots — including the cover art — was sent out. Oh joy!

I’m starting to be reminded of Prototype, what with the mutants roaming around the city and all. Not to say that negatively; I actually think Ruffian Games can make it work. We were also told about the pre-order bonus for Crackdown 2: it’s four exclusive Agency suits (gold, brushed, red, and blue metal).

What do you think? Doesn’t this look like it’d be a blast to play with friends?