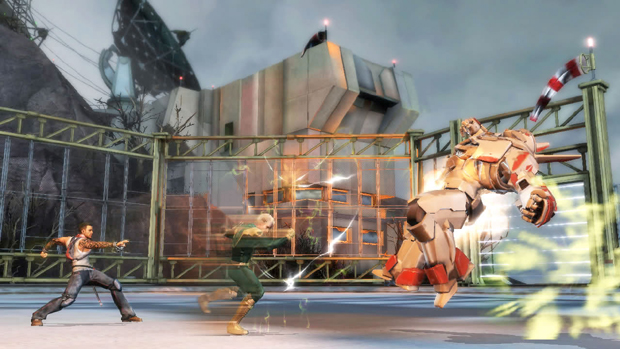 Silicon Knights have released a behind-the-scenes video of X-Men: Destiny with interview segments featuring Stan Lee. X-Men: Destiny will be the developer’s first released game since Too Human back in 2008. It also shows off a fair amount of mutant brawling along with some slightly unconvincing character models. The talking heads featured however seem pretty confident with the direction they’re taking the game in.

Stan Lee doesn’t feature too heavily but his answers are refreshingly low-key and honest. The video touches upon the choices your personally customized  X-Men will have to make. This affects the combination of powers you have and which side of the mutant war you’ll be fighting for.. Who does Stan Lee side with? You’ll have to watch to find out. X-Men: Destiny will be out September 27 on both PS3, 360, Wii and DS.