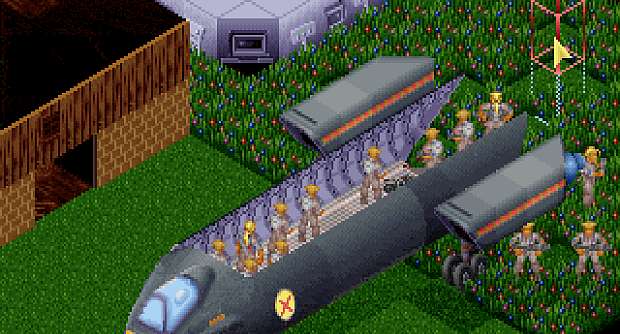 And I’m not talking about the FPS remake that 2K showed off at E3. That’s XCOM. What I’m talking about is 1994’s X-COM: UFO Defense (or UFO: Enemy Unknown in Europe), that still remains one of the greatest games ever made.

Now gamers can have a taste of that classic gameplay with a bit of the new hotness the kids call “multi-player”, thanks to a fan project called UFO: The Two Sides. As might be implied by the title, players can engage in one-on-one tactical duels, with one side playing as X-COM and the other as the Aliens.

Alongside the multiplayer comes XP/Vista compatibility, some upgrades to the graphics and UI (now with keyboard shortcuts!). And eventually, you’ll be able to play the full single-player campaign as the Aliens themselves, crushing puny humans with your Sectoids and terrorizing gas stations and random farms.

The developers, who’ve been working on the project for over a year, have just released a public beta, which is available here. You’ll need a copy of the original game, though, which is available on Steam (and other places as well). Check out a video preview below the cut.

Try it, and know why the term “HIDDEN MOVEMENT” still keeps some old-school PC gamers up at night.